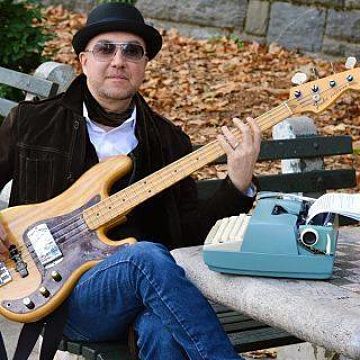 Tom studied bass with Ron McClure, renowned for his work with Charles Lloyd, Blood Sweat and Tears, Quest, and Joe Henderson, among others. At the University of Miami, Tom majored in Communications, with a Studio Music and Jazz Instrumental minor. He did his post-grad work at CBGB, The Bitter End, The Whiskey, and like establishments. As a bassist, Tom’s most active time was the 1980s wherein he toiled away in many bands, and did session work aplenty in the era before digital home recording – spanning demos, to theater/radio/TV/film soundtracks, commercials etc. By the 1990s Tom was a working writer, as it’s much easier to transport a notebook and a digital recorder rather that two basses and an Ampeg/Hartke/Acoustic rig!

Listen to Tom on Monday nights, 8:00 PM ET with host David C. Gross on NOTES FROM AN ARTIST on www.CygnusRadio.com.

NOTES FROM AN ARTIST Video Interviews can be viewed via our YouTube Video Page: https://bit.ly/3j7MZ7I

Listen to NOTES FROM AN ARTIST on our Podcast https://notesfromanartist.buzzsprout.com/ 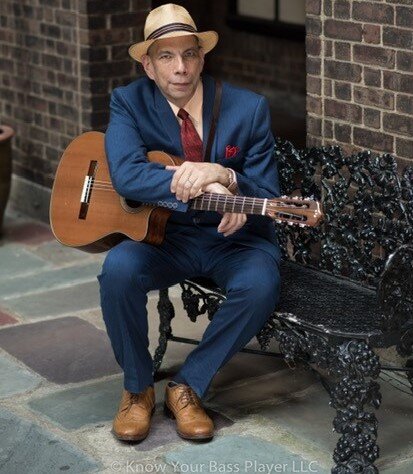 Know Your Bass Player on Film co-founder, producer, and director Mark Preston is a successful New York City real estate business executive with an extensive background in the performing arts, and stage and video production. In addition to acting and voice over work, Preston has produced several acclaimed shows at venues throughout New York City featuring Rock and Roll Hall of Famers, indie rockers, and numerous studio musicians and artists of note from the 1950s to the present day – some of whom appear in Know Your Bass Player on Film.

Mark and Tom Semioli founded Know Your Bass Player on Film in 2013.  In fact, the idea to film bass players came to Preston backstage at the final reunion show of the original Mott The Hoople at the O2 in London.

Mark produces and directs all the Know Your Bass Player on Film videos, and oversees all the pre-production with talent, and post production with editors and photographers. Both Mark and Tom collaborate on interview questions and direction for each bassist depending on the scope of their career.

Mark Preston is the composer of “Walking In My Shoes” which is the Know Your Bass Player On Film theme song! 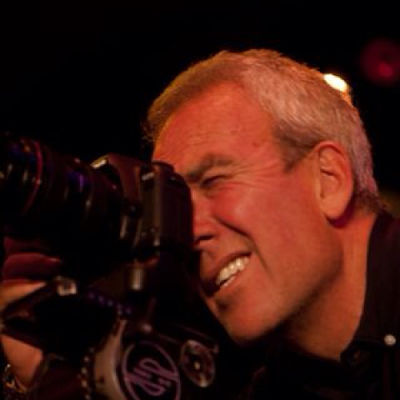 Cinematographer Derek Hanlon is the owner of Owner, Loki Television in the United Kingdom. Derek’s videos and films in entertainment, business, technology, and world events  have appeared on networks worldwide. Among the music artists he’s worked with include Madonna and Jethro Tull (25th Anniversary Video). 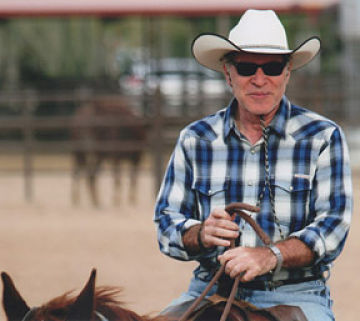 Know Your Bass Player on Film editor and illustrator Mark Polott is a professional photographer and musician, living, working and playing in New York City. For over forty years he was an image maker, trouble shooter and manager at one of the city’s foremost studios. His career was spent specializing in home furnishings photography, creating images for some of the top names in the industry. He was instrumental in spearheading the transition from film to digital.

He has also published The Art of Traveling Light, a collection of his personal work, and A Colorful Passion, spotlighting the miniature creations of artist Patricia Richards. Among Mark’s career highlights include composing (and playing) for The Brats, and his tenure in the legendary Haystacks Balboa.

Says ProgArchives: No-nonsense powerhouse of a Heavy Prog act, HAYSTACKS BALBOA – a name coined by a friend of the VAGRANTS in reference to the large size and resemblance of BALBOA’s guitarist, Mark Mayo, to wrestler Haystacks Calhoun – was from Queens,NY, and released one album on Polydor in 1970 (which has since been reissued as ‘Detoxified’). The band formed in ’69 and in addition to Mayo’s guitar playing, featured Mark Babani’s drums, Lloyd Landesman’s keys, the bass of Mark Polott, and voice of Bruce Scott in a dark mix of stoner hardrock and prog adventure with extended passages. Evidently two of the cuts were penned by Leslie West’s brother Larry and HAYSTACKS BALBOA has been compared to MOUNTAIN and BLACK SABBATH but exhibit a more traditional Prog approach than either of those groups and should amuse fans of yer old-tyme Prog ‘n Roll.

When not behind a camera, Mark can be seen regularly at many popular venues around town, singing and playing his bass. You early risers might be able to catch him downtown, running along the East River.

Mark Polott joined Know Your Bass Player in 2019. Along with Tony Senatore, Mark keeps score of Tom Semioli’s use of double-stops during performances. Be sure to check out Mark’s interviews on his KYBP profile page. 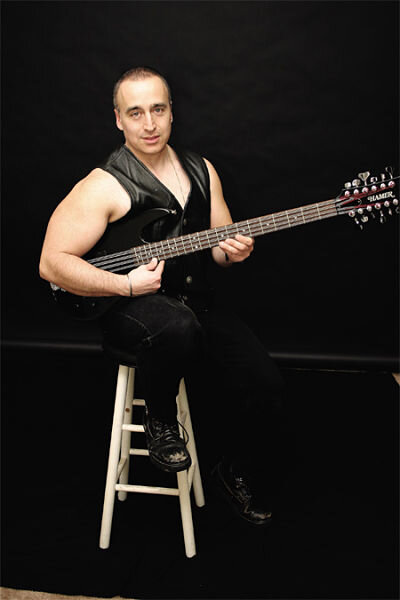 He is the Know Your Bass Player Adjunct Professor, contributing writer and video artist whose bassline renderings on KYBP profiles are both informative and entertaining. As a bassist Tony Senatore has been referred to as “The Glue,” praised by Mars Cowling and his former legendary bandleader Genya Ravan, and garnered accolades aplenty from producers, engineers, journalists, and peers, among many others far too numerous to cite.  In a contemporary bass culture, which in my opinion, no longer seeks to explore the possibilities -and adventures – of the extended range and other “non-traditional” paths with the fervor of our rock and fusion forefathers– “Senny” exudes the attitude, spirit, and disposition of the greats from all genres and generations past who took the instrument to places others never imagined.

An educator, journalist, composer, collaborator, sideman, band-member, recording artist, and permutations thereof, Tony expounds his outlook that bassists should be free to express themselves by any means necessary -from one to multiple strings, effects, and technology – but to always understand and practice the fundamentals, respect tradition while moving forward, and pursue education with a balance of street smarts and academia – and enthusiasm.

Senny also works behind the scenes of Know Your Bass Player on Film – selecting guests, and participating in the interview process – and ensuring that none of the visiting players consume more than their allotted share of the catering. Be sure to check out Tony Senatore’s interviews on his KYBP profile page. Along with Mark Polott, Senny keeps score of Tom Semioli’s use of double-stops during performances – as referenced in this video. 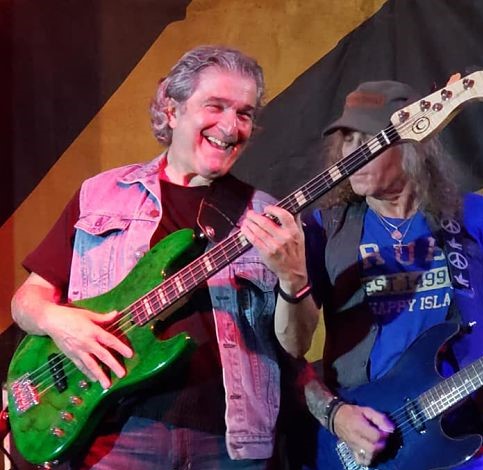 A four-string thumb thumper, Chicago Bureau Chief Joe Gagliardo is a bass lifer! An accomplished rock journalist with Goldmine Magazine, among others, Joe’s KYBP beat focuses on the deep (and mostly undocumented – until now!) musical history of the Windy City. Gagliardo sheds light on the players and ensembles who have made Chicago among the most influential cities in the history of rock and roll, spanning the 60s to the present day.

Harmonic and rhythmic anchor with Dirty Dan Buck of The Boyzz and Dirty Dan’s Cool Rockin’ Daddies, Joe talks shop with the bassists who move generations, discussing their influences, tools of the trade, accomplishments, and recollections of the artform that is rock music. Joe also has tales to tell – dig his most memorable performance with the true king of rock and roll: Chuck Berry! 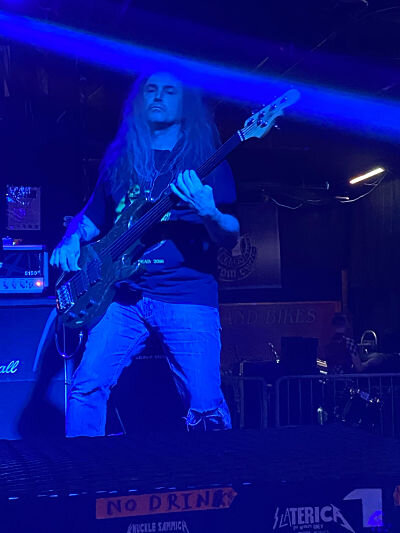 Rob Jenkins is an Austin, TX bassist and KYBP Austin Bureau Chief! For 30 years now, he has been slogging away in the underground club scene, playing anything from rock, folk, metal, jazz, blues, musicals, funk, classical, hip-hop, and whatever other genre may need a bassist. Holding a degree in music composition from the University of Texas at Austin, Rob spent a number of years teaching double bass to middle and high school students in the Austin metro area. Now, playing electric bass almost exclusively, he focuses on playing with his band and working in his home instrument setup and repair shop. Although Rob has experience in a variety of genres, heavy metal is his first love and he currently serves as the bassist for local Austin heavies Flooded Tomb.