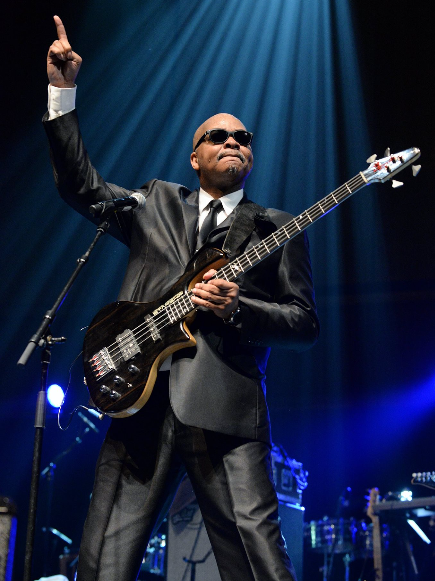 As an electric bassist, the late Michael Henderson played a major role in the evolution of jazz and modern music. As a pop singer, Henderson topped the charts numerous times with his unique blend of rhythm & blues, soul, and funk.

Anchoring an opening act for Stevie Wonder at the Regal Theater in Chicago while still in his teens, the headliner summoned Henderson as his new bassist. Michael served as Stevie’s catalyst on stage and in the studio during the Motown legend’s initial transformation from a pop singer into one of the greatest forces in modern pop music.

Whilst Wonder scaled artistic and commercial heights at the dawn of the 70s, Miles Davis was seeking an anchor who came from a pure ‘electric’ approach in contrast to Davis’ most recent bassists Ron Carter and Dave Holland who were upright jazz players first and foremost. According to legend, Davis poached Henderson from Stevie during a Copacabana appearance in New York City in 1970 – allegedly informing bandleader Wonder with the utmost subtlety “I’m taking your f***ing bass player!”

Though Henderson’s membership in the electric Miles ensembles raised the ire of many a jazz journalist (Stanley Crouch) and a few of Davis’ employees (Keith Jarrett) – Henderson was the most crucial piece in Miles’ electric puzzle.  He was the only bassist Miles used in the golden era of his jazz fusion career spanning 1970-75.

When Miles went into hibernation circa 1975, Henderson forged a successful career as a singer. Collaborating with Phillis Hyman (“Can’t We Fall In Love Again”), Jean Carn (“Valentine Love”), Norman Conners (“You Are My Starship”) – Henderson never fully abandoned his funk jazz inclinations – using many of Davis’ former players including Herbie Hancock, and young lions such as Ray Parker Jr. on his solo slabs.

“Take Me I’m Yours” https://youtu.be/mV6eLrNHtuI

Norman Conners “You Are My Starship” https://youtu.be/7S2HNjfeaj4