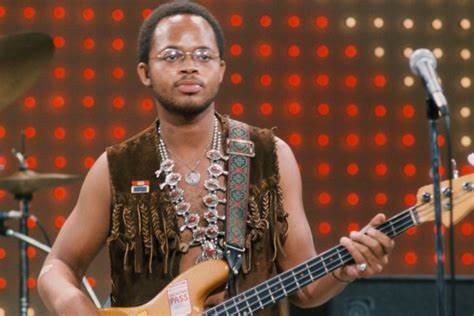 As the rhythmic and harmonic anchor of War, a collective which forged a seamless fusion of funk, rock, soul, jazz, Latin, blues, and permutations thereof – B.B. Dickerson grooved a generation. Literally!

Dickerson’s career started in a Harbor City Los Angeles church – singing in the choir. He took up bass and guitar at 12. When his brother Scott returned from Vietnam service, he formed Night Shift – backing NFL football star Deacon Jones who was dabbling in a soul music career. When former Animals singer Eric Burdon caught their act in 1969, he enlisted the ensemble as his backing band. Scott summoned B.B. for the bass chair in the newly christened Eric Burdon & War – and the rest, as they say, is history.

With a Fender Jazz as his primary weapon of choice, B.B. exuded a sharp, blunt tone wherein he worked the pocket and rendered melodies and motifs which served as hooks for the hits and album tracks. An accomplished lead and backing vocalist, B.B.’s lines often danced around the beat with a relaxed Southern Californian vibe: indicative of their environs.

In the hip-hop age, B.B. and War’s grooves provided a bedrock for such artists Kanye West, De La Soul, the Beastie Boys, and Janet Jackson to cite a select few.

Notes War super-fan Reina Laguerra:  As one of WAR’S biggest fans it was my extreme honor to get to meet BB and call him my friend. BB was not only a legendary bass player, he’s the one singing lead on one of WAR’S most iconic songs, ‘The World Is A Ghetto’, which was Billboard Album of the Year 1973, and is #444 in Rolling Stone Magazine’s 500 Greatest Albums Of All Time.

“BB”, along with six original members of WAR and Eric Burdon, were the very last artists to jam with Jimi Hendrix the night before he died. WAR has been nominated 3 times for Rock & Roll Hall of Fame, only to get snubbed while they induct artists who sample or cover WAR; The Beastie Boys, NWA, Janet Jackson, 2PAC, and others. Because of WAR name legalities back in 1999, by producer Jerry Goldstein, the remaining WAR originals have been divided into two bands that perform WAR music. Goldstein’s faux “WAR” with one original, and the Lowrider Band, what with BB’s passing, is down to three WAR originals. True WAR fans stand with the Lowrider Band. Declare WAR at the Rock & Roll Hall of Fame NOW for 2023 induction.

“Where Was You At” https://youtu.be/PSBWtq4evTw 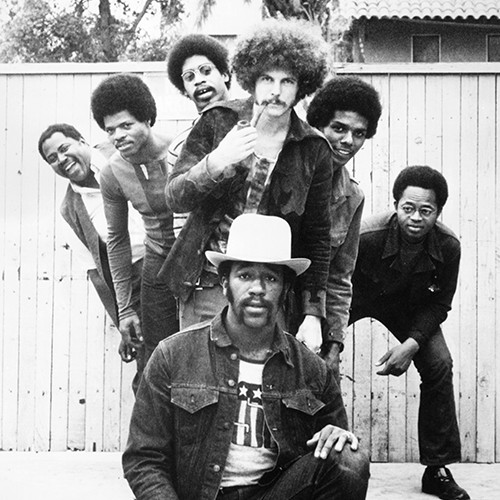