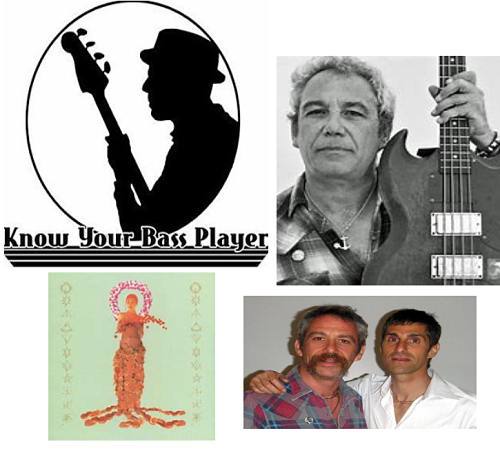 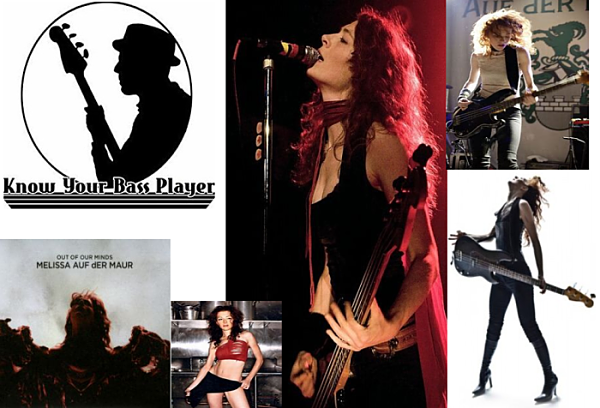 MELISSA AUF DER MAUR “Out of Our Minds”

“Out of Our Minds” https://youtu.be/OHan_RwI_VU 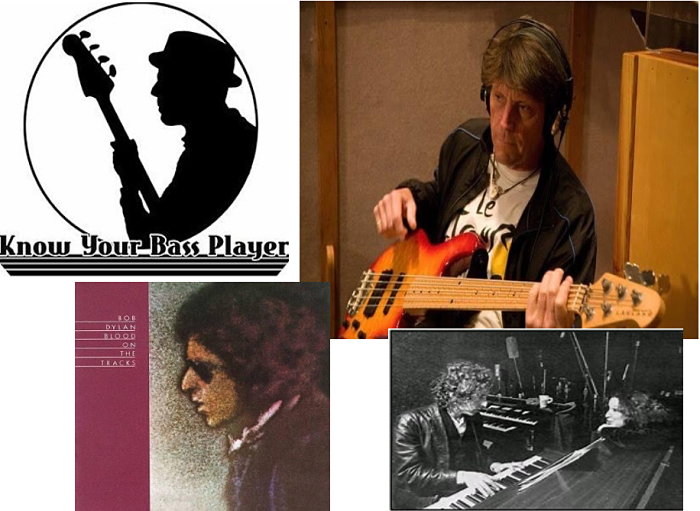 Most bandleaders / producers would have opted for the doghouse. Waxed in the waning days of ‘74, Bob’s Blood on the Tracks stands among his (numerous) classics and an exquisite example of the subtle powers of the electric bass in an acoustic folk context.  Tony Brown anchored the September A&R NYC dates (“Simple Twist of Fate,” “You’re Gonna Make Me Lonesome,” Meet Me in the Morning,” “Shelter from the Storm,” “Buckets of Rain”). Billy Peterson (pictured) helmed the December Sound 80 Minneapolis sessions (“Tangled Up in Blue,” “Idiot Wind,” “Lily, Rosemary, and the Jack of Hearts”). Sans charts with minimal direction, the bassists fixated on Dylan’s every nuance whereas many other backing musicians who couldn’t “catch” Bob were dismissed one by one.

Nowadays Americana artists aplenty opt for the upright, however the warmth of the Fender P and phrasing borne of an electric bass afford these recordings a modernist twist (pun intended) despite the fact that they were cut nearly a half-century ago. Everything new is old again. 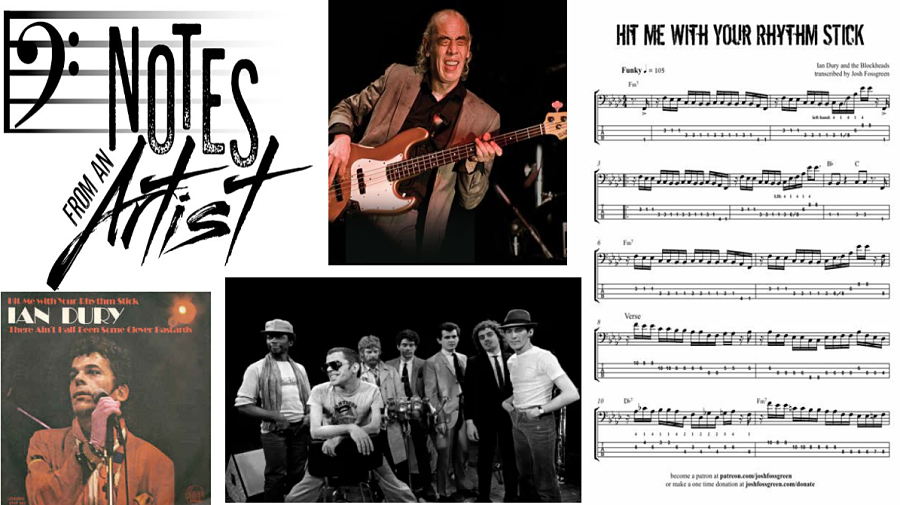 “He’s the man with the face, from outer space, on his faith and grace” bellowed the late, truly great Ian Dury of his virtuoso bassist Norman Watt-Roy. A rite of passage for players of my generation, Norm’s Jaco inspired (spot the “Teen Town” riff) motifs brilliantly underpin Dury’s lunatic libretto.  Sometimes busy is better!

Ian Dury “Hit Me With Your Rhythm Stick” https://youtu.be/0WGVgfjnLqc 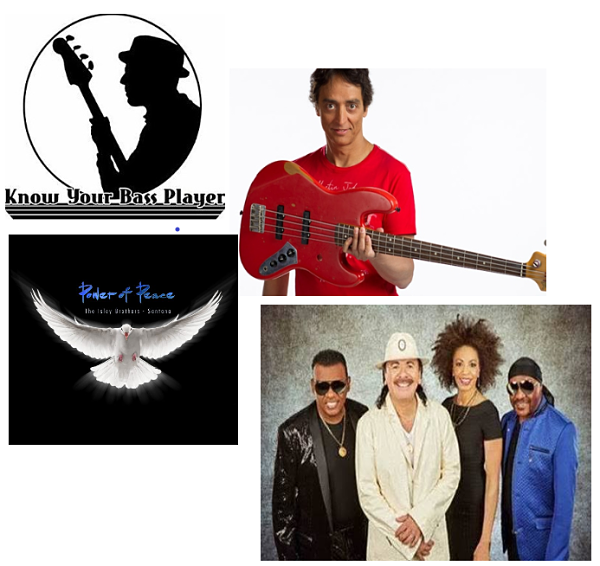 BENNY RIETVELD “Are You Ready” Santana / The Isley Brothers

Notes From An Artist Radio / Podcast / Video Series guest Benny Rietveld takes the staccato 16th note Francis Rocco Prestia route replete with a dub resonance that would do Robbie Shakespeare proud on The Chambers Brothers classic “Are You Ready” from the amazing collaborative LP Power of Peace. Essential! 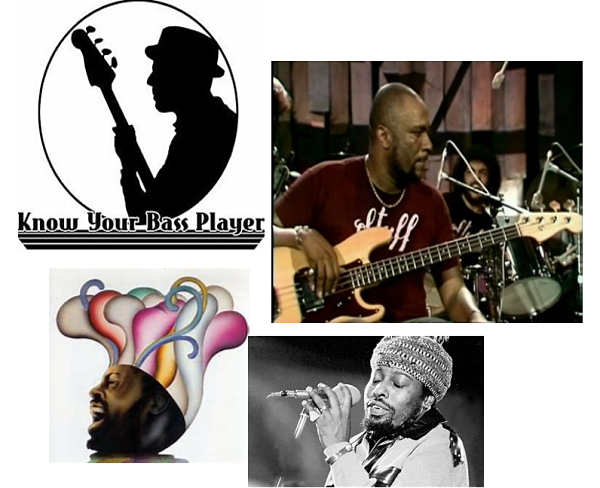 The bass in the hands the master, Gordon Edwards, serves as the melodic hook and the anchor – double stop included! And that’s Bernard Purdie on drums…from the slab Blues & The Soulful Truth (1973).

Yet another Ian gem, “Lounge Lizard” was originally intended as a B-Side for Mott’s “Saturday Gigs” swansong.  The original with Overend Watts was probably the last blast of Hoople bombast abetted by the profound plinkery of Morgan Fisher. The first released version appears on Ian’s s/t debut with bassist John Gustafson taking a more soulful / pocket approach. For the Mott ’74 reunion tour, KYBP On Film star Paul Page negotiates between his predecessors with equal measures of rhythm and bluster. Great songs make for great basslines…. 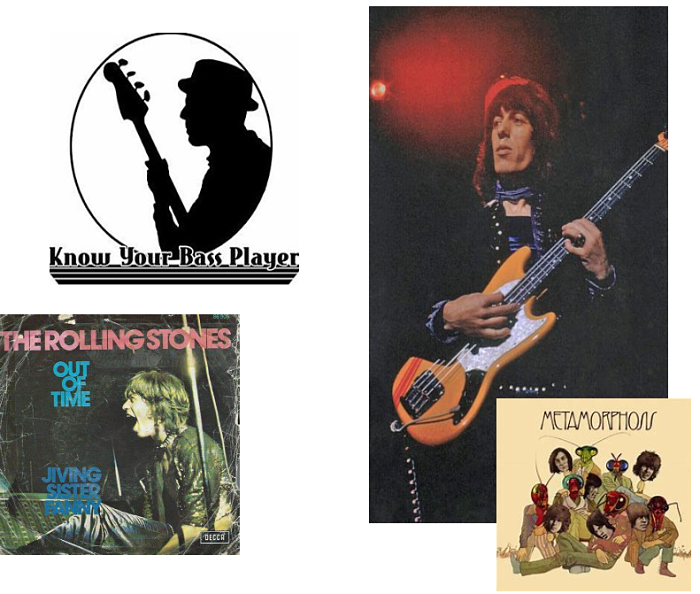 Why this killer coldcocked Stones cut never found its way on an official slab is beyond me! Dig the former William Perks’ equitoxic quarter-note groove abetted with more supplementary fills and upper-register grace notes than the stone-faced bassist is typically noted for. Best B-side ever? Could be. Imagine if Joey Kelly. Michael Muller / Dave Donen covered this track…

The jazz police continue to debate these sides, which to my ears, reverberate magnificently decades after their release. With hypnotic repetitive motifs and piercing upper register fills Michael Henderson anchored Miles’ most controversial, groundbreaking, and influential jazz funk recordings. “Right Off” kicks off with a James Brown “inspired” motif in the universal funk key of E then abruptly jumps to Bb – though it took a few bars for Henderson to catch on. Regardless, “Right Off” is a jazz fusion touchstone. Following his tenure with Davis, Henderson forged a successful career as a contemporary jazz singer, composer, and recording artist. 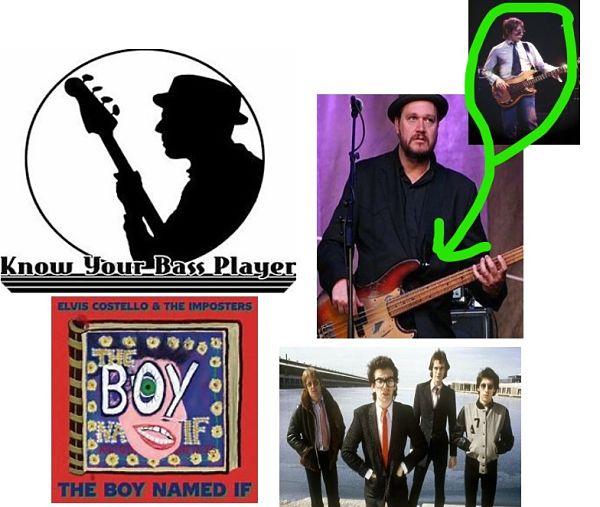 Yes, Declan’s Imposters are indeed “The Subtractions” (as in minus Bruce Thomas), but there’s evidence aplenty on the last few EC slabs (especially Look Now / 2018) that bassist Davey Faragher has been studying the work of his irreplaceable predecessor with remarkable attention to detail. Ditto producer / engineer Sebastian Krys taking liberties (pun intended) from Nick Lowe’s approach to The Attractions classics in both sound and execution. Eschewing the (yawn) pocket for melodic motifs, glissandos, and upper register riffery – check out “Farewell, OK” and the title cut- Faragher gives further credence to the credo that imitation is the sincerest form of ….flattery!  Even the album art evokes comparison to Blood and Chocolate… Imperial Bedroom.  Oh well, if it worked the first time around….

“The Boy Named If” https://youtu.be/9Tjuygr65SU 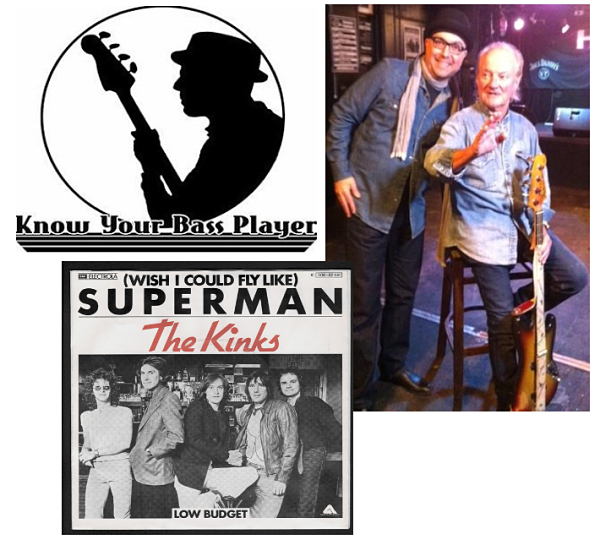 JIM RODFORD “(Wish I Could Fly Like) Superman” / The Kinks

During the 70s’ disco zeitgeist rockers aplenty including the Rolling Stones (“Miss You”), Sir Rod (“Do You Think I’m Sexy?” Macca (“Good Night Tonight”), Kiss (“I Was Made for Loving You”), and even The Clash (“Magnificent 7” with Blockhead maestro Norman Watt-Roy in the bass chair) all set their sights on the dance floor. All but Strummer sacrificed their street cred. Ditto Ray Davies with his self-effacing social commentary on the aforementioned single from their stellar Low Budget (1979) collection. The late, truly great bassist Jim Rodford eschews the usual cliches for a punchy descending motif which served the song well and translated note for note when The Kinks rocked this tune on-stage – as I was witness. That’s Jim and I at The Horn in St. Albans (2014) with his modded Fender Mustang which he used on most of the band’s sessions and gigs.