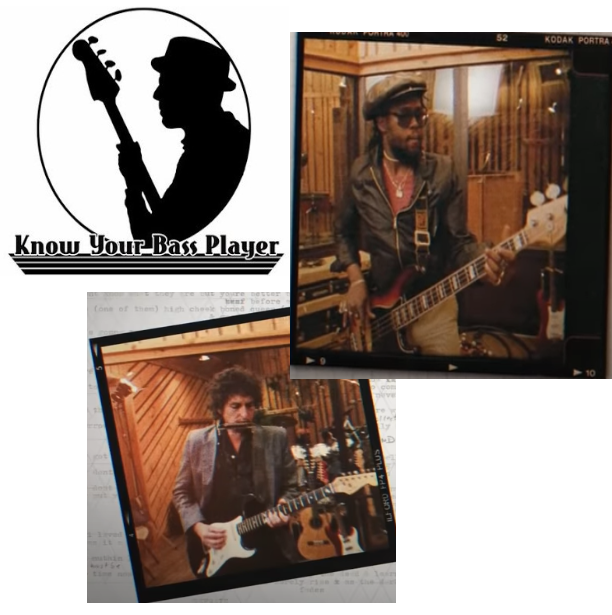 Audio link: https://youtu.be/RUT7N8RYgSI When is “too many notes” not too many notes? Right here! Dig Robbie’s double-time riddum on this Zimmy outtake entitled “Too Late,” metamorphosing a mid-tempo folk ditty into a groovin’ reggae psalm! And the libretto ain’t to shabby either… 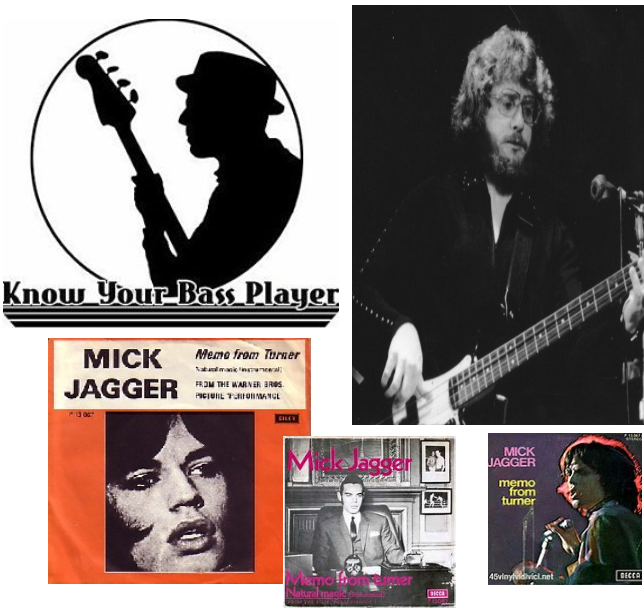 Audio Link: https://youtu.be/yCoCgB3eIU4  Recorded by the Stones a few months following the Beggar’s Banquet sessions in ‘68, various versions of this incendiary track from Mick’s Performance film have found its way on to bootlegs. However the official release is the definitive, produced by Jack Nitzsche in L.A. with session cats aplenty: guitarists Ry Cooder and Russ Titelman, Randy Newman on piano, drummer Gene Parsons, and bassist Jerry Scheff. 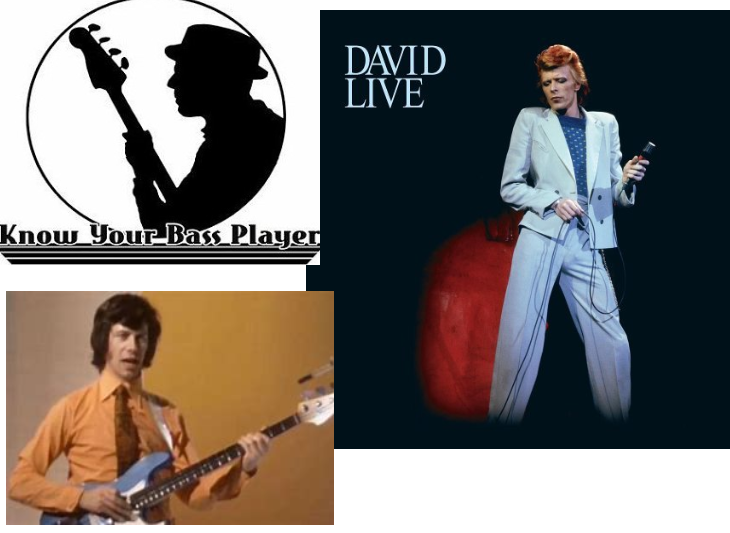 It could be the greatest concert recording ever by a major rock artist …or the worst.

Despite overdubs aplenty, a near mutiny by his backing band (allegedly commandeered by this bassist), and horrific reviews – the former David Jones’ first (and to my ears finest) live set waxed in the summer of ’74 is a fascinating, futuristic, and funky meld of glam, soul, theater, and avant-garde.

Akin to Robert Zimmerman, Bowie completely reinvents his canon on this now expanded twofer which blew minds aplenty upon its winter release. I’m sure it took concertgoers a few minutes to figure out what song the motely were rendering. Every now and then a cocaine fueled train wreck works, that’s David Live at the Tower Philadelphia.

Kudos to producer Tony Visconti for pushing Herbie up in the mix! 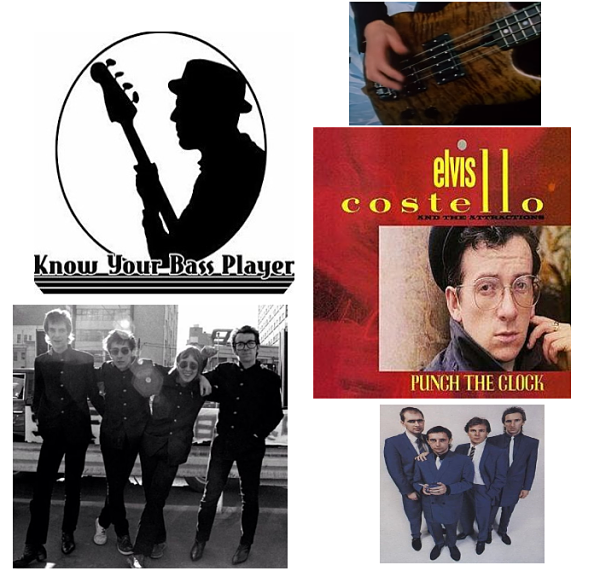 Times, trends, tones, and technology were a-changin’ during the Reagan / Thatcher era, hence the trad low-end resonance of Fender and Danelectro, among other studio staples, could not compete with the barrage of snazzy synthesizers that dominated the pop music landscape.

“Let Them All Talk” https://youtu.be/NaYJCfenR20 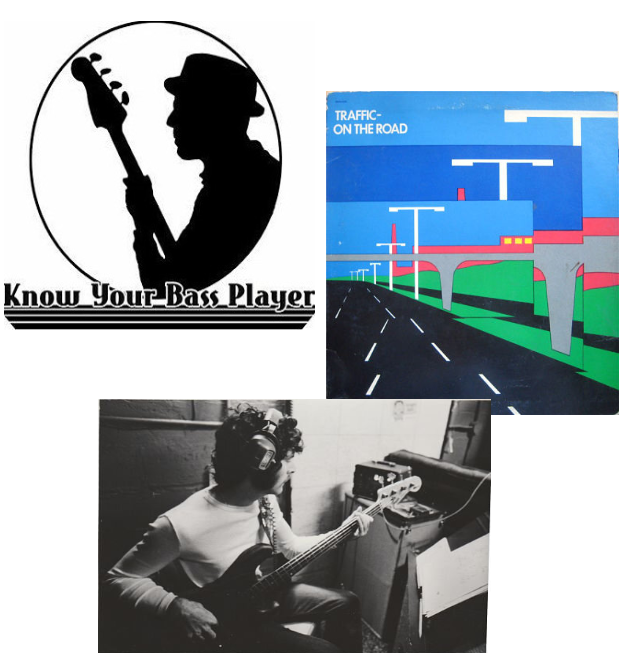 DAVID HOOD: Traffic On The Road

Extended live slabs are oft ponderous affairs, however this terrific Traffic twofer with Muscle Shoals “Swamper” David Hood in the bass chair is the rare exception. 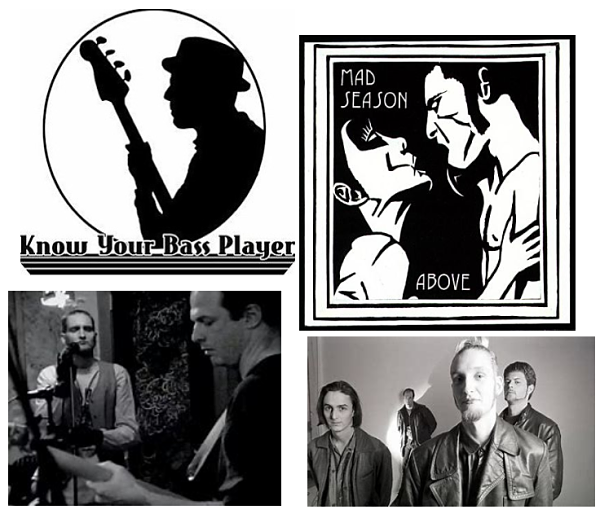 Bassist John Baker Saunders, who cut his teeth with notable artists including Hubert Sumlin and The Walkabouts, nimbly works the pocket with inventive harmonic extensions and legato passages.

Intense, understated performances from all involved – it’s pity that half of Mad Season left this mortal coil way too soon…. 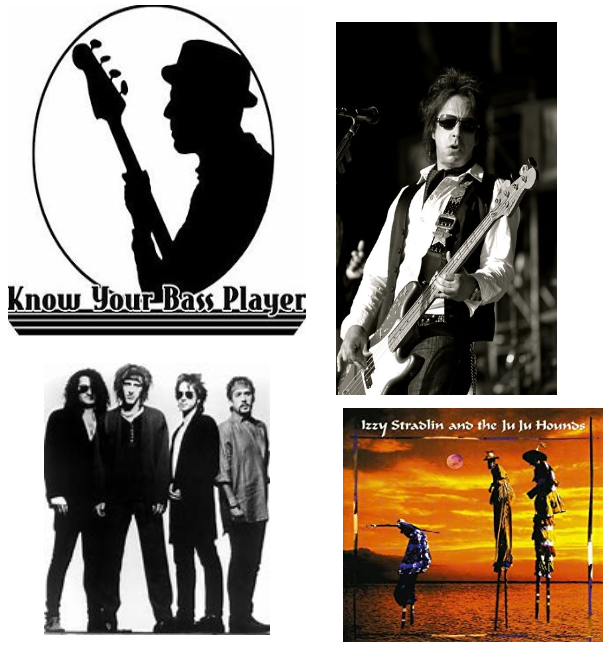 Start to finish, this was the best album Guns ‘n’ Roses never recorded – save perhaps for Gilby Clarke’s Pawnshop Guitars (1994). The Gunners best songwriter fires on all cylinders with a collection that strips the pomp and circumstance of Use Your Illusion l & ll with songcraft and a laidback Stonesy vibe that would do Keef proud – note Ronnie Wood, Nicky Hopkins, and Ian McLagan’s individual appearances on three cuts.

Veteran bassist Jimmy Ashurst (Buckcherry) renders a fine chordal intro on the slab’s single / video “Shuffle It All,” and works the pocket with sparse grooves that leave space aplenty for Charlie Quintana’s fat back beat and Rick Richards (than name again!) riffage.

Buried in the grunge era, this is one of the great lost rock albums of the 1990s. 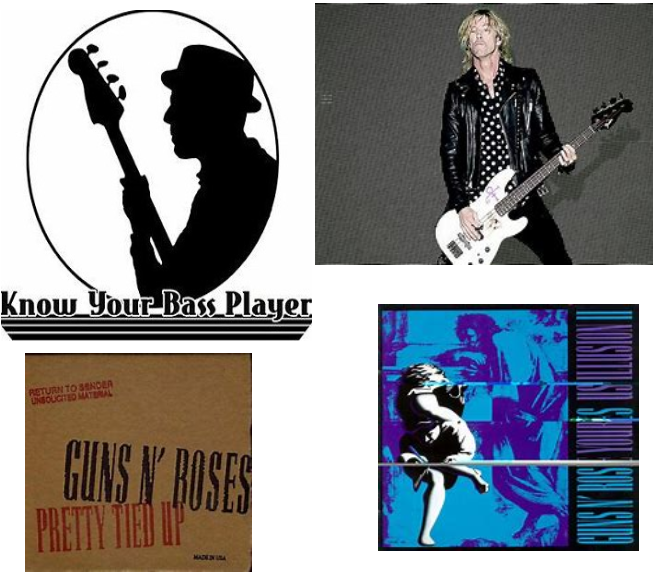 “Cool ranch dressing!” Michael Andrew McKagan stands among the hard rock’s premiere bassists – and this track proves why. Controversial libretto aside, Duff’s mastery of melody and the pocket achieves perfection on this cut, abetted by a funky flange resonance.  Had Axl had a handle on his ego, you pull the best tracks from solo Slash, Duff, Gilby, and Izzy slabs and they’d have had a career equal to the Stones. But…. GnR as a nostalgia act in the 21st Century continues…yawn. 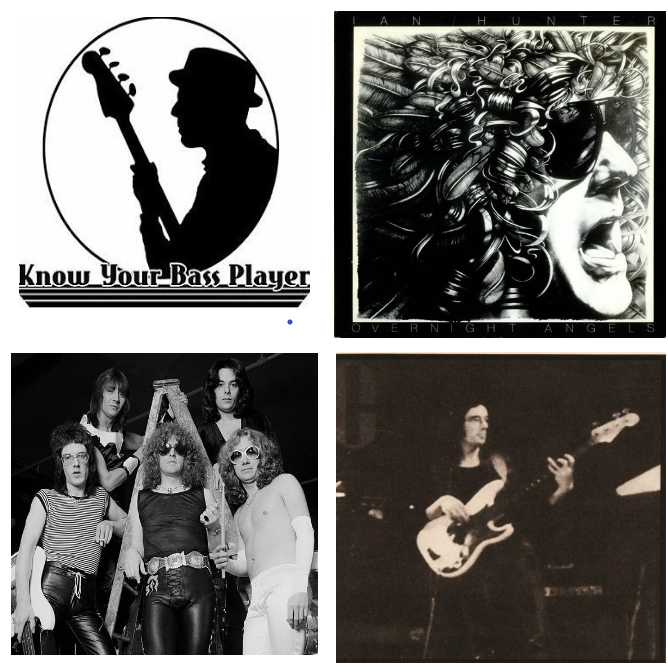 Whenever I mentioned Overnight Angels (1977) to Ian Hunter during our four or five interviews since 2000, the usual reaction was a groan, or a grimace, or a combination of thereof. Though it was an album out-of-time, out-of-touch, and somewhat out-of-tune thanks to producer Roy Thomas Baker’s misdirection, the songs and bass playing on Overnight Angels are, to my ears, rather astonishing. Rare is the player who can overplay – yet play to the song.

Yet that is exactly what Rob Rawlinson achieved on this collection, which, incidentally, was only available as an import in the United States upon its release.

Rawlinson, who went on to found Atomic Studios in London, also anchored sessions and gigs with Freddie Mercury, the Climax Blues Band, the Lloyd Langton Group, Rick Astley, and Alison Moyet, among others.

“To Love a Woman” https://youtu.be/Hb4mTJnPFrQ

“Justice of the Peace” https://youtu.be/PjWzp2gb-yU 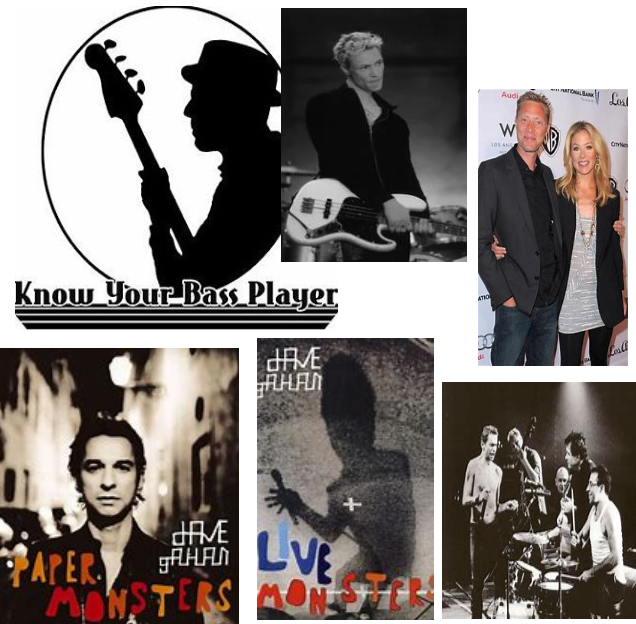 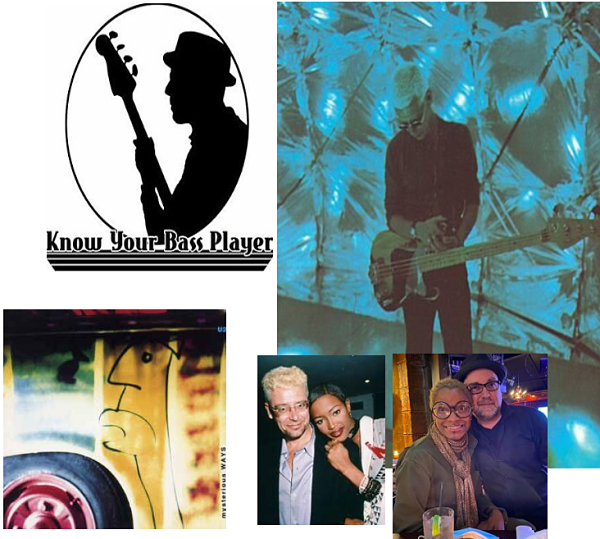 Groove monster Adam Clayton works his dub bass magic on this 90s classic. What is it with bass players and their model mates? 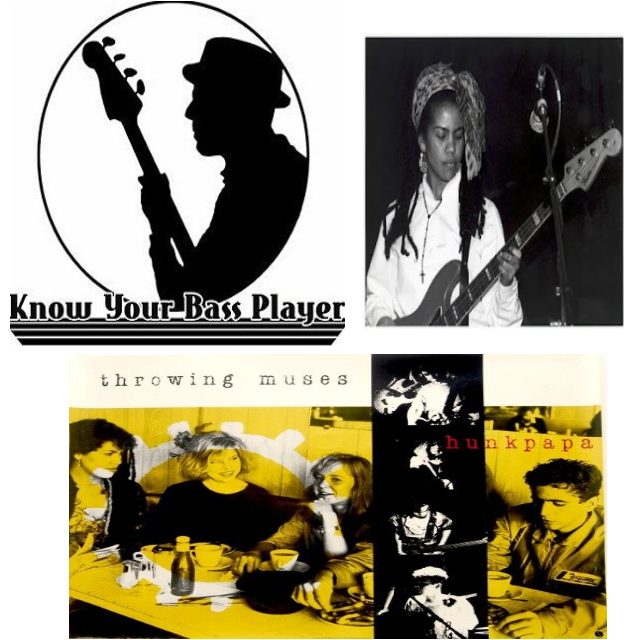 Of all the bassists who served in Kristen Hersh’s corps (with / without Tanya Donelly) over the years, Leslie Lansgton was by far the most accomplished, incorporating funk and reggae influences beneath her bandleader’s mystically twisted libretto. An alt-rock collective way ahead of its time…. 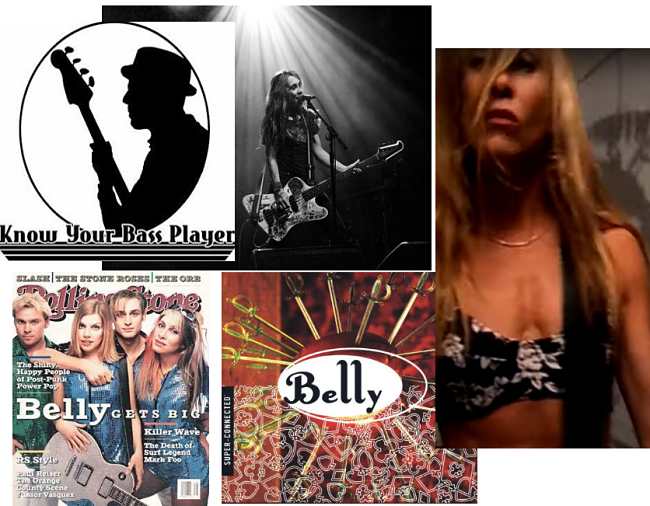 Rock critics who opined that grunge bass lacked finesse didn’t know what they were talking about…again…and again. Dig Gail’s grooves as each note melts into the next.