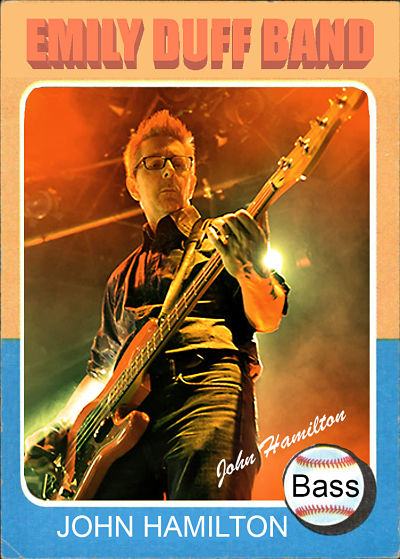 John brings the root, the fifth, and occasionally the minor six! He can dance, he can sing and boy-oh-boy he can do THAT thing! Swing, Johnny, Swing!!!  Emily Duff

Akin to many of our g-g-generation John Hamilton came to the instrument by way of the six-string. Yet as contra-bass icon Anthony Jackson and such Jacksonian devotees as Dave Swift (Later …with Jools Holland, UK’s most recognized bassist) rightly pontificate: the electric bass is indeed a member of the GUITAR family!

Unlike many a convert, Hamilton eschews the riffage approach (see Keef, Ronnie Wood….) and works the pocket in the Willie Dixon / William Perks (that’s “Bill Wyman” to you civilians!) perspective in his supportive slant on stage and in the studio with the aforementioned Duff collective and The Bakersfield Breakers – the latter of whom have embarked on “a mission to reawaken the classic guitar-driven sound of 1950’s Bakersfield and the driving tunes of 1960’s surf rock….”

As Ms. Duff details, Hamilton serves the singer, song, and soloist with a warm tone borne of his “mutt” P bass, among other fine tools of the trade. 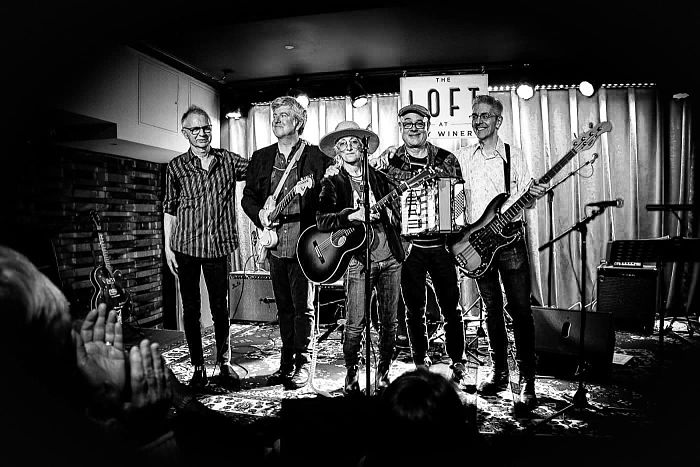