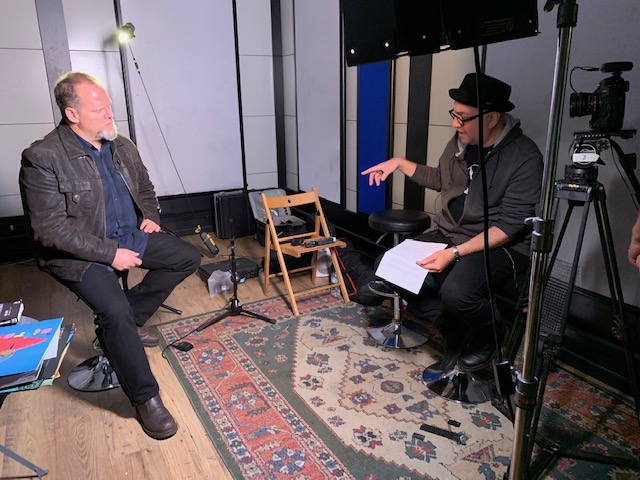 Joel McIver testifies before the Know Your Bass Player Commission in London, 2019

By Tom Semioli, Tuesday, 23 March 2021, New York, NY: When it comes to “rating” bass players (or baseball players) I’m not a Greatest of All Time guy… Says I (before and after a few pints) “every genre has its masters.”

However, when renowned Bass Player editor, and author Joel McIver puts out a “GOAT” call to bass scribes, it is my duty to respond.

In brief, these are my essential “5” when it comes to 4 strings – no disrespect to my extended rangers!

If I’ve omitted any of your GOAT gurus (and I’ve left off quite a few of my favorite players), remember it’s the notes that we don’t play that oft create the best bass passages!

James Jamerson: Translating the harmony and rhythm from the upright to the electric, James essentially invented the language all bassists use: from traditional rhythm and blues players to metal, hip-hop, and beyond. Players who do not know his name nor are familiar with his music continue to be influenced by him.

Jaco Pastorius: Aside from his innovation as a soloist, rhythmic catalyst, and his groundbreaking fretless tone – circa 1976, Jaco was the player who finally established the instrument as having its own identity. No more would the electric bass be considered the illegitimate child of the upright or electric guitar. No longer would the “jazz police” nor academia condemn the instrument.

Carol Kaye: To me, Carol represents all the remarkable (and nameless to the public) studio players who established the instrument in countless film and television soundtracks and on commercial radio. From the studio cats in London, to the Wrecking Crew, Motown, Muscle Shoals, The Sound of Philadelphia to cite a few, the electric bass became an essential instrument by way of these anonymous maestros. And Carol is among the premier practitioners.

Jack Bruce: The electric bass is essentially a rock / rhythm and blues instrument. As the art form that was rock and roll evolved into “rock” – Jack was a leader among the prominent players who brought the instrument to the forefront as an improviser, tonal innovator, and composer. He influenced scores of players from the biggest stages to garages. Jack’s impact is incalculable as his approach continues to be passed on from generation to generation….

Flea: Here’s a cat that incorporates all that came before him – and brings it to the masses. The former Michael Peter Balzary collaborates with jazz and metal masters, punks, folkies, hip-hop, popsters, posers, and country artists (Johnny Cash!) and permutations thereof.  And he does it all on the electric bass with unabashed enthusiasm and fearlessness. I don’t care what genre(s) you toil in – when it comes to being a bass player – be like Flea!