Life is uncertain…eat dessert first! Wiser words you could not impart to a bass player…

NOTES FROM AN ARTIST with Bruce Thomas (March 2021)

A Rock and Roll Hall of Fame bassist revered by generations of players for his watershed work with Elvis Costello and The Attractions, Thomas inadvertently addressed a parallel topic – the bass guitar as a culinary home furnishing.

As numerous bassists, especially those in urban environs, reside in rather tight confines – the instrument is never far from reach, hence its inclusion in activities not related to music – such as eating.

Here are portraits from select Know Your Bass Players engaged in the fine art of dining with bass guitars! 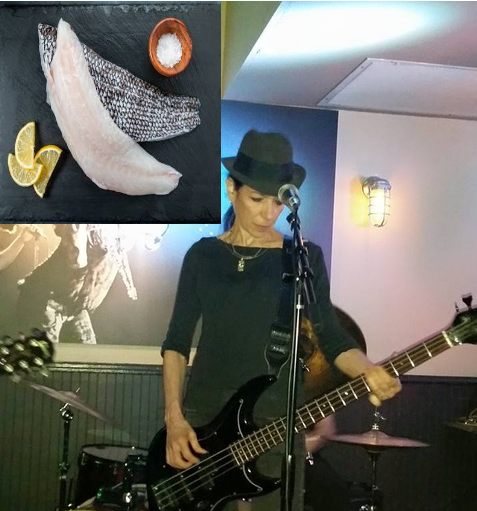 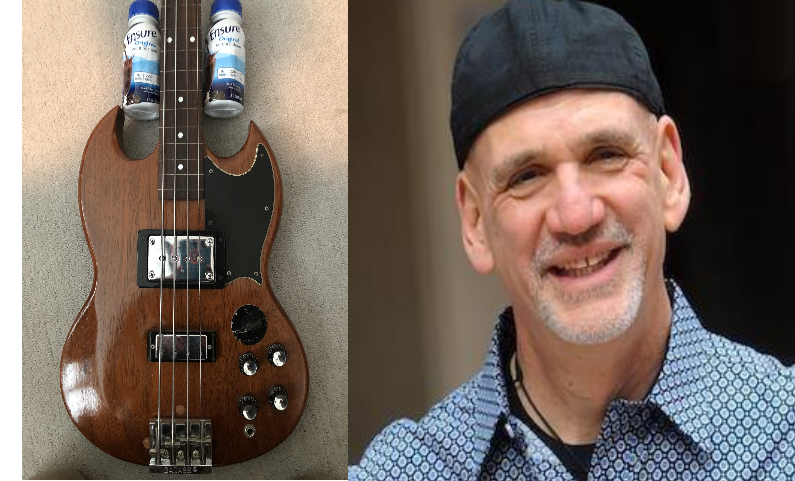 On the bandstand and in the studio, Jeff Ganz (Johnny Winter, The Hit Men, Broadway) and his Gibson EB with Ensure nutrition beverages are a natural fit…. 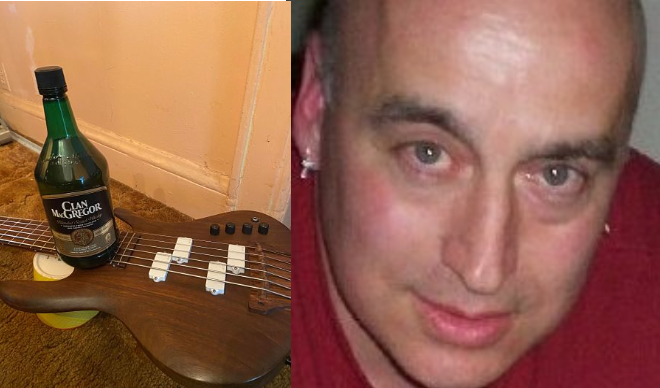 Recognized for his mastery of the 12-string, when Tony Senatore (Genya Ravan) plucks and plectrums half of that aforementioned configuration by way of his 1988 Carl Thompson six-string, it goes down smooth with Clan McGregor… 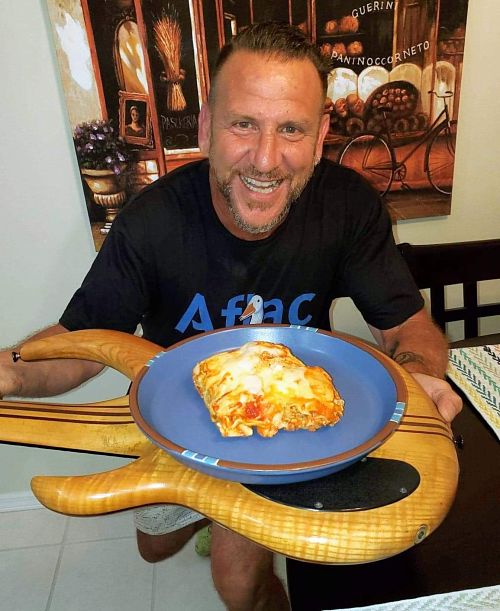 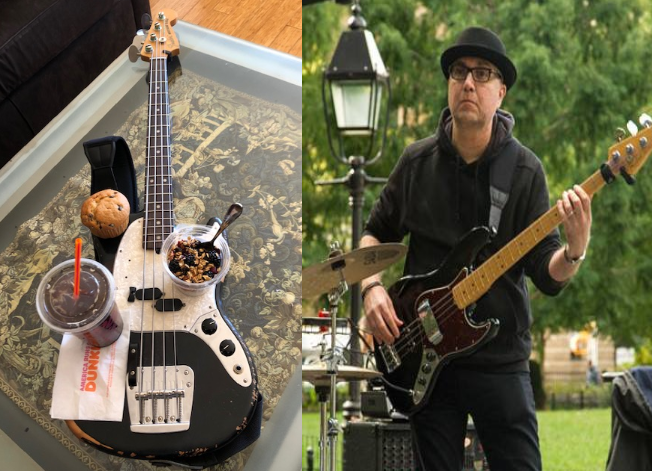 Tom Semioli (KYBP Founder) opts for a no-frills breakfast menu of Fender Mustang, yogurt/granola, and Dunkin Donuts iced coffee in rapt anticipation for a delectable Bongo Fury miniature domed quick bread… (Some people like cupcakes exclusively, while I myself I say there is naught, nor ought there be nothing so exalted, on the face of God’s grey earth as that Prince of foods… the muffin!”) 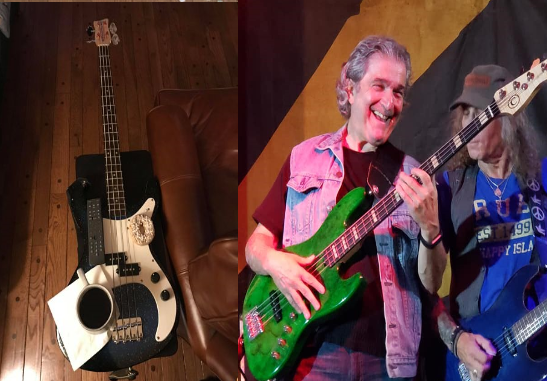 Keep it simple! Danelectro (with a built-in fuzz) is the choice of Joe Gagliardo (One of the Boyzz) with a cuppa and a donut….

Tea, chocolate, and a grizzled ’69 P bass every evening at 9:00 PM ET when he’s not on the bandstand or in the studio…such is the decidedly domestic life of Paul Page (Ian Hunter’s Rant Band, John Cale, Sydney Green Street Band). 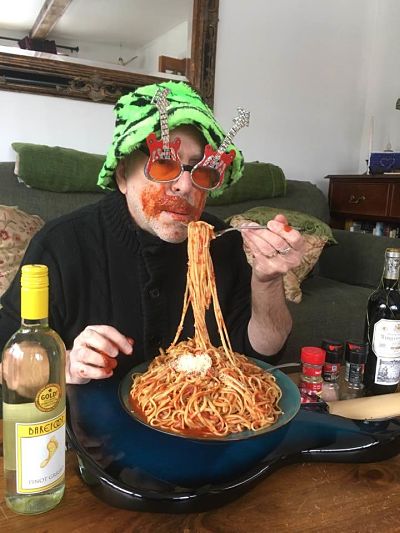 A bottle of red, and a bottle of white bookend this gourmand of grandeur: Michael J. Visceglia (Suzanne Vega, John Cale, M.O.S., Then There Were Two). A staple of Mediterranean traditional cuisine, Michael, who is of Puerto Rican and Italian heritage (as represented in his fashion accessories), dines on spaghetti (with “gravy”) exclusively atop a 2019 Bacchus bass.