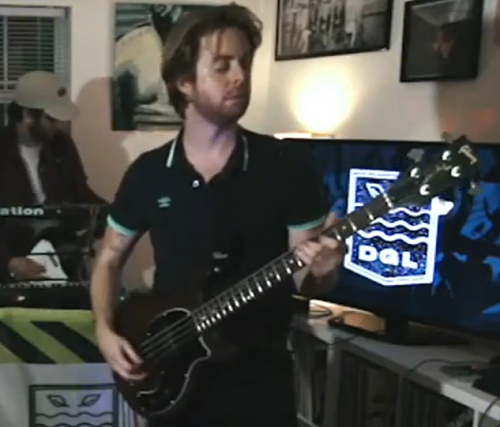 It’s dance music for people standing still, a torrent of motion for a frustrated world on pause.

Garnering praise aplenty from the indie rock media, DGL has the songs, the attitude, and the chops to go the distance and build upon their influencers’ collective artistry.

As per the band’s press agent: Bryan has had his hands on a bass from an early age and has played in genres ranging from deathcore to new wave, post punk to atmospheric black metal, and post hardcore to ambient. At present, Bryan is rocking out with a Gibson Les Paul Jr Tribute DC bass, has a revolving pedalboard that leads into an easy to manage Ampeg BA-115V2.

He made the transition to short scale and a smaller amp partly in order to get a higher punchier tone for some post punk without having to go 6 string, and partly due to giving his back a break from playing T-40s and Grabbers while lugging around a Peavey Classic 400 and Ampeg 8×10/2×15 cabs.

“Motion with No Name” https://youtu.be/Fi-NCHfMNqM 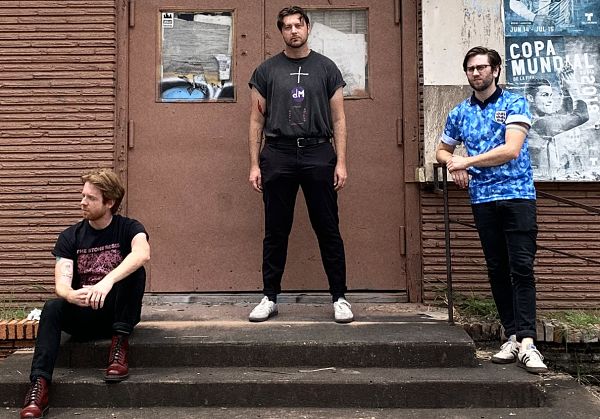