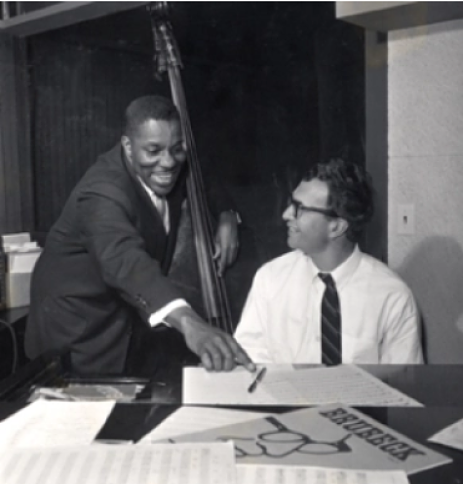 Courtesy of the Brubeck Institute

In jazz circles he was referred to as “The Senator.”

Born in Chicago in 1923, Eugene Joseph Wright anchored one of the most popular and influential jazz ensembles in the history of the artform – The Dave Brubeck Quartet.

Commencing his career as a high-school big band bassist with the Dukes of Swing, Eugene joined Brubeck in 1958 and served as bandleader’s harmonic and rhythmic foundation for the next decade.

Among Wright’s seminal recordings with Brubeck included Time Out (1959). Eugene served as the rhythmic catalyst for the group which also included saxophonist Paul Desmond, and drummer Joe Morello. Noted Brubeck, Wright “grounded the group” and afforded them the opportunity “to play other tempos and do polyrhythmic things and he wouldn’t budge from this grounded beat.”

Wright also helmed Dave and Lola Brubeck’s The Ambassadors (1962) with Louis Armstrong and Carmen McRae, a jazz musical which addressed the Cold War, and Civil Rights movement, among other themes.

An educator and author Wright headed the Jazz Department at the University of Cincinnati and worked with the International Society of Bassists.

A true giant of the instrument, Wright was a prolific sideman and collaborator on record and/or on the bandstand with artists including Billie Holiday, Sonny Stitt, Cal Tajder, Kenny Drew, Gene Ammons, Errol Garner, and Red Norvo, to cite a very select few.

Many listeners may not know who Eugene Wright was, and at the time I didn’t, either. But, as the bassist for one of the most popular jazz quarters ever, just about everyone has heard him play bass.

I first heard Eugene Wright play bass around 1990 when I was a young metal head who was just beginning to explore the vast realm of jazz. I had recently purchased my illicit copy of The Real Book and was looking for jazz tunes to learn. Coupled with a CBS Records compilation CD, I stumbled across a song called Take Five by the Dave Brubeck Quartet.

My first thought was, “Hey, an easy bass line!” Well, kind of. I found the line easy to play but when I played with other musicians, or along with the recording, it was difficult for me to get the timing and feel just right.

This was the genius of Eugene Wright’s playing. His lines were understated and he was a master of sitting “in the pocket”, holding the time and rhythm steady for the graceful solos of Paul Desmond and Dave Brubeck. One could even argue that Eugene is why their solos are so graceful; because his sonic canvas and foundation was so secure. His playing as often understated and he performed the duties and responsibilities of a bassist flawlessly.

The bass playing of Eugene Wright is a big part of why I continued to explore new, different music. His style helped me to understand how to survive in what can often be a cutthroat genre of improvisation. I owe him some recognition.

Eugene Wright passed away on December 30, 2020 at the age of 97. His contributions to music, jazz, and bass playing are nothing short of immense, if only, like his playing, somewhat graceful and understated. 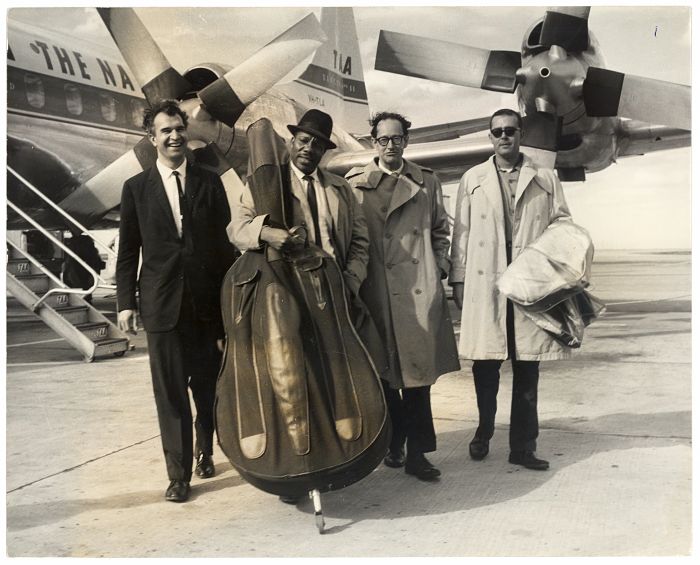 Courtesy of the Brubeck Institute