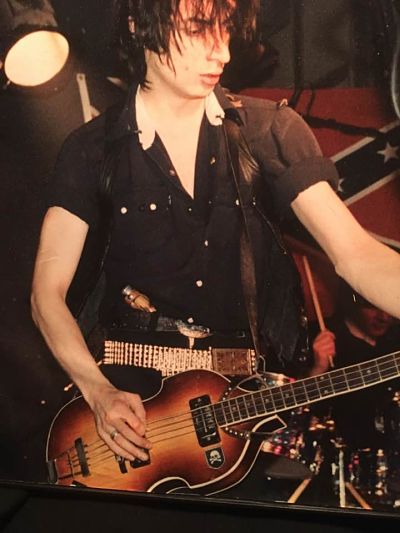 Rock and roll is rife with artists who blaze a trail that others dare not to tread, and in the process, reinvigorate the artform, shaking the establishment to its very foundation and inspiring those that follow. Among those hallowed ensembles that take no prisoners are The Viletones, a “first generation punk” Toronto collective helmed by Steven Leckie.

Punks? I guess you could say that.

To my ears The Viletones draw from their enlightened, rebellious elders Elvis, Buddy, Lou, Penniman, Zimmerman, Lennon, Jagger, Morrison, James Brown … and make it their own. Loud guitars, taut melodies, and a libretto that speaks to the masses. Legends worthy of rediscovery – they sound as fresh now as they did during the Trudeau era. In the ranks of their bassists included Screaming Sam Ferrara, on whom Leckie reflects.

If you don’t get The Viletones, you just don’t get rock and roll….

I always called Sam “The Costra Nostra Bowery Boy,” due to his “Italian street sense.” Sam is Italian, and music is his blood.

Following The Viletones, he fronted his own band called Screaming Sam and The Problems -wisely figuring out front men were the problem!

Footage of him in all three bands can be seen and heard on You Tube.

Give Screaming Sam doing his own “Do You Like It,” a view: it’s gonna change how you feel certain music. He was that guy in the band that you told: “play ya da-da-da- yeah” and in five minutes you had a very cool song.

He’s been doing art installations the last few years, dig, he always sells each art piece he makes. I just love the guy. 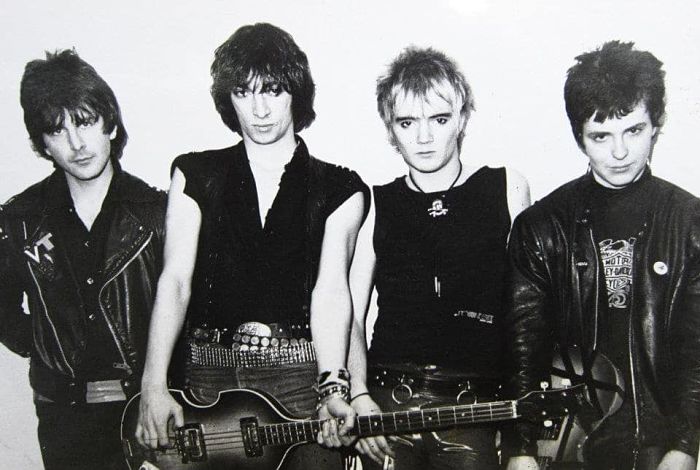