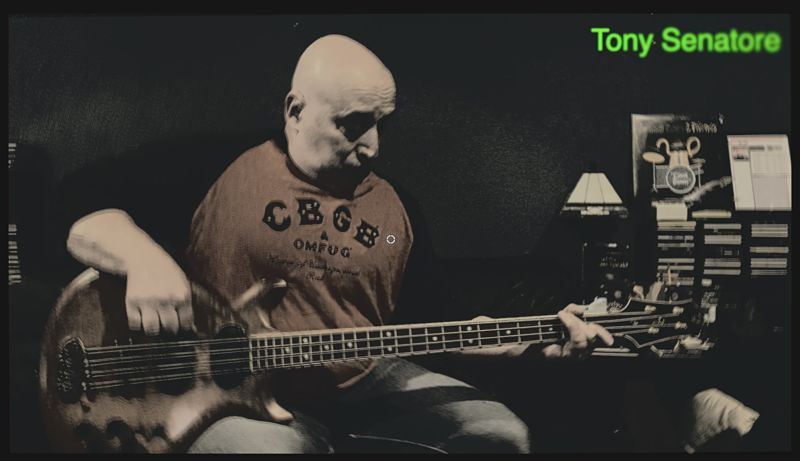 I just got finished watching the documentary The Wrecking Crew. If you are not a musician, it is the story of how a group of LA based musicians, most of which remain largely unknown to the general population, not only played on thousands of hit records throughout the 1960’s and 1970’s, but created iconic motifs and structures that were the very foundation of the music.

In a similar way, I am very fortunate to have found my own personal “wrecking crew” right here in New Jersey and upstate NY.

This is the third song from Andy, Alan and me, with the addition of Tom and Joe on drums and electric violin. I am very happy with the way this one turned out, especially the solos. Joe starts off with his trademark electric violin and seemingly limitless technique. Andy follows with what I think is one of the best solos that he has ever done, with a unquestionable hat tip to Eric Johnson and Brian May.

Alan’s solo closes out the solo section. Tony Mac Alpine, Vinnie Moore, and Paul Gilbert all come to mind when I listen to what Alan did here. In summary, three outstanding soloists with completely different styles. I tracked my bass at Jankland Studios with Steve at the console. More than a engineer, Steve has amazing ears, but it is his ability to pull the best performance from the musician that sets him apart. Finally, it should be noted that Alan mixed and mastered the music,  and created the video.

The song is called The Adventures Of Bassyk : Приключения Бейсика A song about Juliya’s cat.

I am using my Oasis bass guitar on this track. It was built by Gary Cooper and Louis Armstrong in the 1970’s. It is exceptionally rare, and possibly my favorite bass guitar in my collection of over 40.