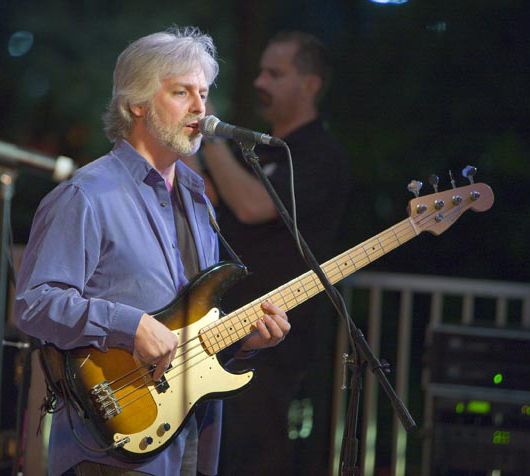 Working under a moniker inspired by their love of all things ‘Nawlins – namely Dr. John, Neville Brothers, The Meters, and Alan Toussaint; Orleans was founded by songwriter / guitarist John Hall in Woodstock, New York in the early 1970s.

Among Hall’s collaborators was keyboardist / guitarist Larry Hoppen who enlisted his teenage brother Lance to play bass, and the rest, as they say is history…

When Hall split from the band in ’77 and changes in musical tastes rendered the band out-of-style, Orleans’ commercial and artistic trailed off considerably, and by the 80s they were done. However given the cyclical nature of the music business, a new appreciation for the era’s pop artists commenced in the early 21st Century, and Orleans has been on the nostalgia circuit ever since.

In 2017 Lance waxed his first solo side Conjuring. His primary weapon of choice is Fender Precision!

In addition to his ongoing tenure in Orleans, Hoppen also anchors The Rocketmen – an Elton John repertory ensemble based in Nashville.