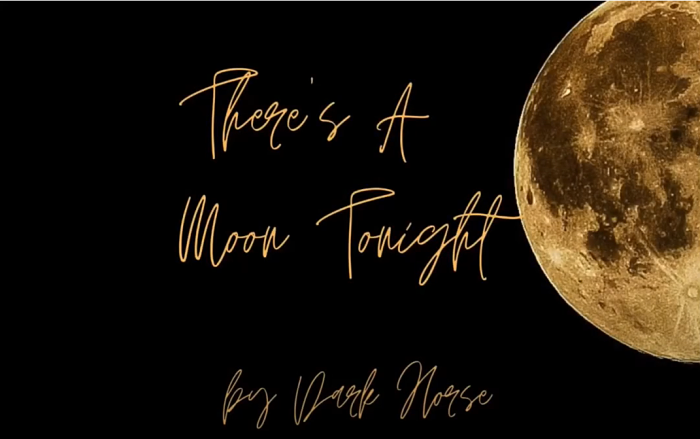 What Steely Dan were to jazz rockers, Dark Horse is to DIY rockers! They do things on their own terms – albeit in modern times.  A “loose” collective helmed by the father / son duo John and Jack Russell, Dark Horse makes records. Sort of. Depends on how you define a “record.” John Russell is a product of the golden album era of the 1970s. Jack Russell is a product of John Russell and inherited his dad’s musical pedigree and love of LPs. When National Record Day (which is every day in the Russell household) rolls around, these cats are on it, scooping up the rarest new sides.  That aesthetic extends to their body of work. When they have something to put out – they do. Only it’s in the streaming world. No hard copy, which is the way it is (mostly) nowadays. Yet their long-players, EPs, and singles exude the magic of polyvinyl chloride platters.

Given the uncertainty of COVID, which has stopped all live performances, Dark Horse goes cinematic. The song / video for “There’s A Moon Tonight” is John flying solo, with music production by bassist / multi-instrumentalist Andy Greatorex, and Amanda Greatorex chirping in the background. Sophia Russell turned on the camera to capture the moment. 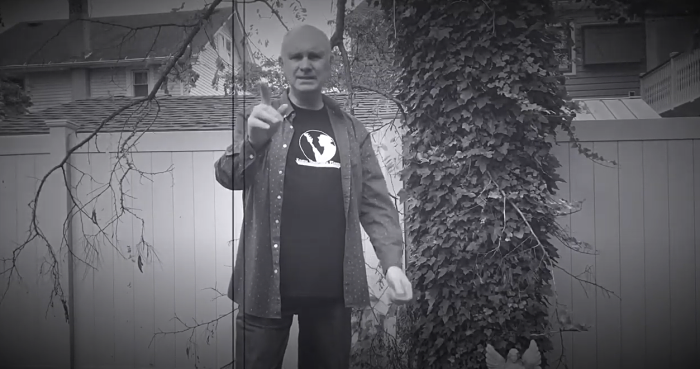 John Russell in his favorite under-garment “look here everyone, I’ve got this fab new song….”

One morning this past Spring I woke up with a riff in my head. This surprised me because it had never happened to me before. I got out of bed, picked up my guitar, played the riff a few times, and started to hum a melody over it.

I played the riff for a couple of days, then started to think about lyrics. Around that time, I had also been leafing through an art book and saw a painting of Paul Revere, riding on his horse with the moon glowing in the night sky. I thought about Revere making his famous ride, warning his fellow countrymen of the dangerous invasion that was about to happen. And then I suddenly made a connection: to the 2020 pandemic – another dangerous invasion. The lyrics to the song came quickly after that….