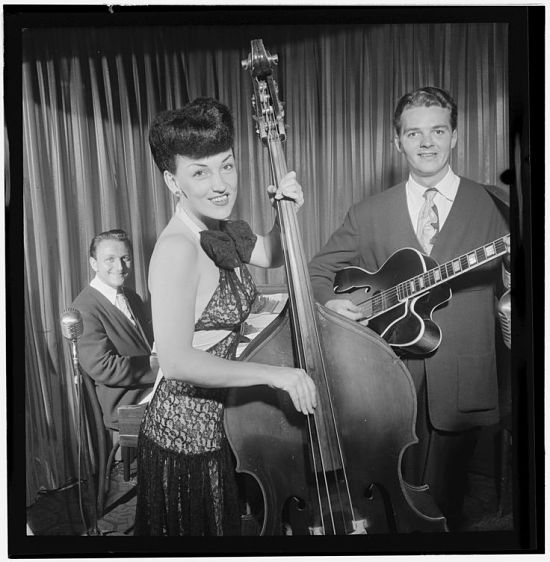 A woman’s place is in the groove!

She was a bass player who helped erase the gender line in America’s preeminent artform at the height of its popularity. ‘Twas a time in the 20th Century wherein female presence on the jazz bandstand was usually reserved for chirpers and hoofers. Enter Vivien Garry, born in 1920 and working the doghouse as a pro by the mid-1940s. Ms. Garry waxed sides for independent jazz record imprints aplenty, and scored a major label deal with RCA Victor as a bandleader- a rarity for bassists regardless of their biological disposition.

“A Woman’s Place is In the Groove” with Ginger Smock https://youtu.be/HCkWdmJMbBE 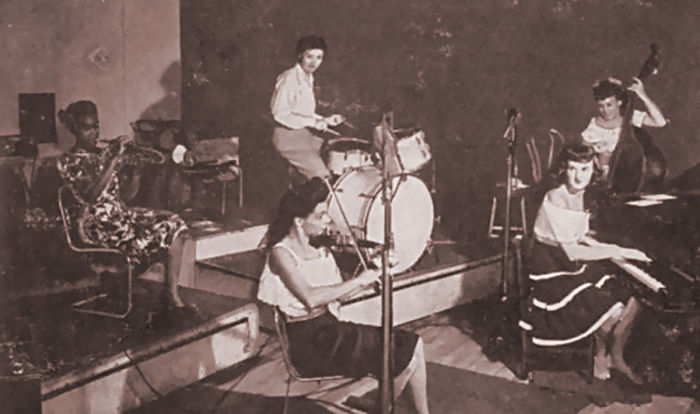