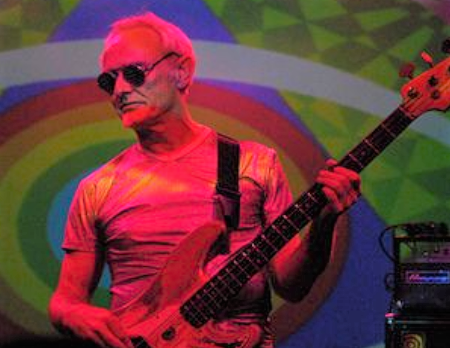 He’s the cat who produced the iconic 80s Flock of Seagulls hit “I Ran (So Far Away)!”

Bassist Michael John Gilmour Howlett commenced his music career as the bassist for the Aussie pop ensemble The Affair in the late 1960s. In 1973 Mike took over the bass chair in the prog rock collective Gong, wherein he also made significant contributions as a composer. When he split from Gong, he joined what would later become The Police – serving as “lead bassist” with Gordon Sumner working the pocket, Andy Summers, and Stuart Copeland.

Howlett has forged  a Grammy Award winning career behind the console, producing such artists as Joan Armatrading, The Alarm, OMD, China Crisis, Thompson Twins, and Sniff ‘n’ The Tears,  and the above referenced FOS, among others.

A label owner, former chairman of the Music Producers Guild, and educator (Queensland University of Technology, University of South Wales, among others), Howlett has participated in various Gong reunions over the years and has collaborated extensively with various members of the band.

“Visions of the Night” https://youtu.be/hdiokgQ5VbQ

“The Isle of Everywhere” https://youtu.be/VXhb0vsgfZE