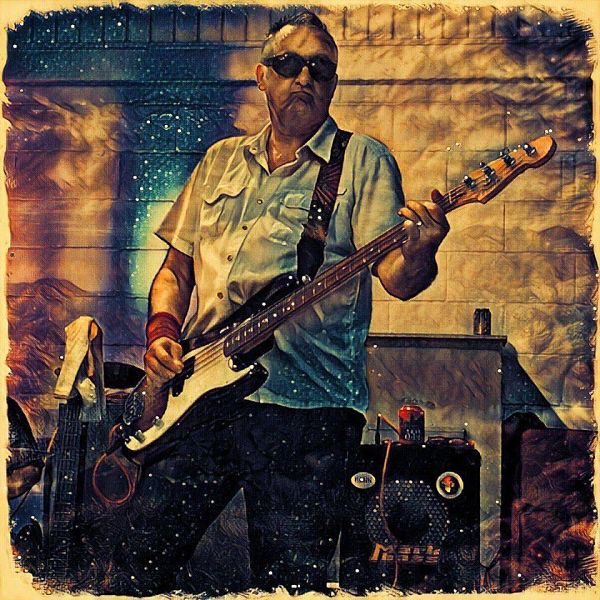 Timing in life is everything…

You know Glenn from his appearance in Know Your Bass Player Season Deux: His episode “Any Fool Can Play Guitar” https://youtu.be/hfqDIlybG9A is testimony to his stance as a “rock and roll lifer.”

He is player borne of the rock and roll trenches: working the clubs, the cafés, the social gatherings, public events, music venues large and small, among other gigs. McCready is a songwriter, singer, multi-instrumentalist, producer, engineer, and bassist. Glenn interprets the work of the masters in his band of grizzled veterans, Hell Or High Water. He waxes slabs under his own name too, featuring compositions that recall the golden Laurel Canyon era.

McCready’s latest effort I Hear Your Voice arrives under the moniker Bringing Down the House – a collaborative effort with Michael Sakoulas.

Says Glenn in the liner notes / press release: Broken hearts and broken lives, hope for the future and questions about the past. This is a lot of what Bringing Down The House is about. We took a different route this time, going for a quieter overall sound. Most of the songs are acoustic based and use percussion in lieu of a full kit on almost all of the songs.  We tried to do some different things, from Michael’s bouzouki on the title track, to the walking bass line and unison vocal/guitar riff in, “Another Morning.”

A lot of the songs are pretty personal; as for the writing, we like to say the wand chooses the wizard.  “Once In A Lifetime,” pretty much happened exactly as written, and was one of the few that started with the bass line.  And, (before time) Takes It All Away” started out as a song about caring for people with dementia, and ended up being about me caring for my mom before I realized it… the wand chooses the wizard. There are the eternal questions about choices we make, “What Were (we doing)” and “Memories” letting someone know you wouldn’t want to be anywhere else after all these years, “Our Lives” and even some hope for society, “Voices Back.”

It’s been said that Bringing Down The House hearkens back to the old, “coffee-house” days of stories and songs. That sums it up pretty well. Just songs we hope everyone can relate to.

Timing in life is everything. Due to the pandemic we are denied the opportunity to hear BDTH live, which to my ears, is Glenn’s natural habitat. The stage and its intangibles, the dynamic of a performance, the high-wire is the “elan vital” of all rock and roll lifers. 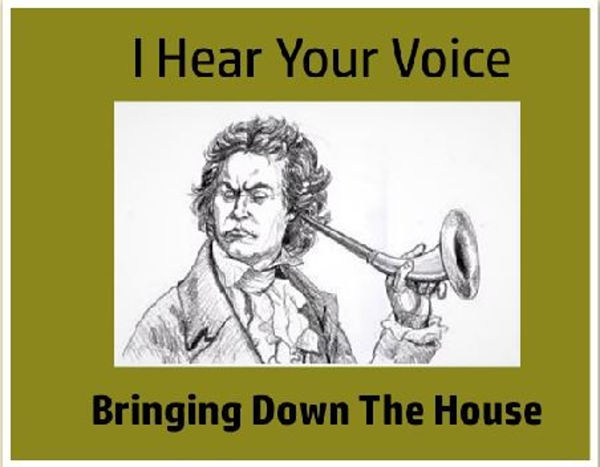 What have you been doing musically in the lockdown?

Actually, more writing than I’ve done in a long time!

Why a “mostly acoustic” album?

Michael and I love that whole, “singer/songwriter” and “Laurel Canyon” style, and I think we wanted to see if we could do a whole album in that style. And we wanted to be a little more… I guess thoughtful, both with subject matter and the lyrics themselves. What was really fun about this was deciding what to put where, instead of the usual bass, drums, electric guitar…etc. Michael got to play his bouzouki on one track, and mark my words, we’ll find more ways to work that in!  I think one song has a “flute” solo. And all except one are just hand percussion instead of a kit.

It’s funny, when we were planning this, Michael referred to it as our, Rubber Soul. I sure hope so, because then I think came Revolver and Sgt. Pepper. That’s not a bad goal to shoot at.

Once again, what role does the song-cycle (aka “album”) play in a world of streaming, song-lists, and Tic-Tockery?

I’m not sure there’s a real pattern all the way through to be honest. I know we wanted to end with something a little more hopeful than usual – “Voices back.” I know there is a mix of subjects, from saying goodbye to a loved one, before time to the, “what if?” questions we all have, “What Were we Doing.”

Did you work the songs out on stage before committing them to (metaphorical) wax?

A couple of them had been part of our live set, but we wanted to have a studio version, especially since Michael is such a better rhythm player than I am. He makes all of this stuff sound so much better. I think rhythm guitar is as underrated a skill as bass playing is, probably because it’s almost looked on as a support role. Some of the other songs were actually written during the recording process, so they’ve not had a chance to be road tested. I’m looking forward to playing some of these out.

Talk about your relationship with Michael – what makes your partnership click? Explain the yin-yang of Bringing Down the House?

First, we’ve been friends for forty plus years, so there’s no nonsense, we both know each other far too well. As far as the yin/yang… the best way I can explain it is that from the moment he picked up a guitar, I was there! All he ever wanted to do was play rhythm guitar. He’s the embodiment of, “Guitar George” from “Sultans of Swing” whereas I am a bass player first and foremost, but I play all the other instruments you hear on the record. Some better than others of course. I’m a little more open personality wise. Not that Michael isn’t, he’s actually one of the funniest guys I know, he’s just not as out there. And he’s absolutely more sensible than I am.

Not to dwell on doom and gloom, but a cure-all vaccine is the only way to return to gatherings as we know it in the performing arts – is there life after gigs? Can you adapt to a remote music career with videos and recording taking the place of live performance?

I think one of the good things about, “BDTH” is that we are actually built for small gatherings. The name came as a play on the whole, “Concerts In Your House” idea. The recordings are good because, hopefully it gives our audience the material we’re going to play out. Could we go remote? I suppose, but we’d rather not. And I can say that I am far better with an audience than not.

Bass players in quarantine / shelter tend to salivate over instruments during their isolation – what are some of your latest bass obsessions?

I have to say, I am loving my two P-Basses, the “Players” model and The Sting model, basically a ’51 so really, I’m good I admit I have been missing my Epiphone EB-3 lately, mainly for the humbucker for recording. And they’re cool looking as hell!

Also thinking about an acoustic, I’d love to do the whole campfire thing with Michael… and Tom Wipf…I’m hoping the third time will be the charm.

How can we hear I Hear Your Voice – list all streaming, hard copy options…

We have the old school CDs for now. I’m waiting for the word that it’s up in all of the usual outlets. Unfortunately, one aspect of this stuff that I’m really not very good at is the business/promotional end. But for now, you can email us at bringingdownthehouse9@gmail.com and we can send one.

What is on Glenn’s playlist nowadays?

Obviously the “Canyon” and singer/songwriter stuff is always there, also lots of 60’s stuff. The Association is always somewhere nearby Also have rediscovered a bunch of albums, Odyssey and Oracle is criminally unknown here…

HoHW is doing a livestream in November 1st. We have played the NYC Marathon for the past dozen or so years, and even though there’s no marathon this year, we’re still playing. As far as solo, I think those days might be gone. Playing with Michael the way “BDTH” does, is really… truly… my favorite way of doing this. We’ve been friends for so long, and even back then, this is what I wanted… just two guys, guitars… and some songs and stories. I can’t imagine anything better. 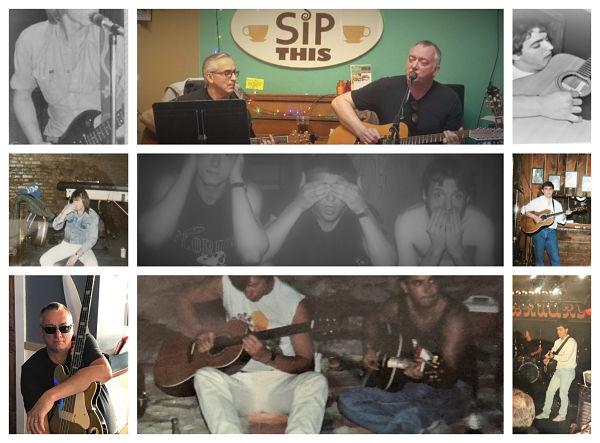