Would Jimi have been better off with…Jack Casady? John Entwistle? Sir Paul? Nope…read on!

Noel Redding occupies a unique place in electric bass history. Akin to many early practitioners of the instrument in the 1960s, Redding became a bassist out of necessity – or happenstance, depending on your interpretation of history.

Born in Folkstone, Kent, Redding’s first forays into music included violin and mandolin studies. He gravitated towards guitar at the age of 14. By his late teens Noel was playing lead, gigging, and recording in local bands including  The Strangers, The Lonely Ones, and The Loving Kind which released a few minor singles.

While attending an audition for Eric Burdon’s New Animals, fate intervened as Redding encountered an unknown American whiz kid guitar player who had just migrated to London a week earlier.

Noel was exclusively a guitarist (and vocalist) at the time of his September 30, 1966 introduction to Jimi Hendrix via manager and former Animals bassist Chas Chandler. They were duly impressed by Redding’s chic Afro-hairstyle which Hendrix and drummer Mitch Mitchell soon adopted, and the young musician’s musical tastes and attitude. Noel Redding’s professional life as a bass player began on the day of his first jam with Jimi and Mitch.

Securing the bass chair in the newly formed Jimi Hendrix Experience, the trio quickly cut two massively popular singles “Hey Joe” and “Purple Haze” and the rest as they say, is history.

Noel anchored the Experience on their three watershed studio sides Are You Experienced (1967), Axis Bold as Love (1967), and Electric Ladyland (1969).

Note that Ladyland also featured Jefferson Airplane bassist Jack Casady (“Voodoo Chile”) – who was considered a possible successor to Redding. Jimi cut bass passages to several tracks on the acclaimed twofer as well, including the massive hit “All Along the Watchtower.” ( For the record, the additional Jimi bass tracks were “Have You Ever Been (To Electric Ladyland),” “Long Hot Summer Night,” “Gypsy Eyes,” “1983,” and “House Burning Down.”)

As a player with Jimi, Noel was strictly in supportive mode, outlining the changes with occasional grace notes and melodic fills whilst Hendrix stretched the sonic and harmonic boundaries of the artform that is rock and roll music.

Using a Fender Jazz with a plectrum, Redding’s tone was sharp enough to be heard, yet filled the bottom as was needed. Also note that the Experience played at ear-splitting volume, hence the practicality for Noel’s basic bass approach.

Much has been speculated over the years (and probably back then) whether Jimi would have significantly benefited from a more adventurous bassist ala John Entwistle, Paul McCartney, or Jack Casady.

Not to my ears. The Experience was a showcase for Jimi. Given Mitchell’s polyrhythmic disposition, and Hendrix’s playing decidedly outside the box – Redding rendered exactly what was needed.

As The Ox and Casady were players who mostly ventured into solo bass territory, a coupling with Jimi, especially in a live setting would have likely resulted in (needless) noodling / one upmanship, and cacophony.

Following his tenure with Jimi, Redding worked in several ensembles with varying degrees of artistic and commercial success. In the collectives where he served as a bassist, Redding was a fine player – harmonically and rhythmically.

Sadly Redding battled addiction and lawsuits with the Hendrix estate for the remainder of his life after splitting from the Experience in 1969. Noel was forced to sell the Fender Jazz bass that he waxed Hendrix sides with to make ends meet. He passed at 57 in 2003.

Coda: In addition to his backing vocals, Noel sang lead on two JHE tracks which he composed “She’s So Fine,” and “Little Miss Strange.” Though they were not the mind-bending psychedelic anthems Hendrix fans expected – and oft times demanded, Redding’s breezy / trippy pop tunes were an enjoyable digression from the heavyweight Hendrix slant.

On a personal note, I prefer Jimi’s work with Billy Cox in Band of Gypsys. However that trio, with pocket drummer / vocalist Buddy Miles, was an entirely different tactic from the Hendrix Experience as Jimi forged an overtly rhythm and blues / soul vibe.

When the Experience “reunited” with Cox replacing Redding and Mitchell back in the drum chair, my feeling is that Billy was out of his area of expertise. Though with additional time in such a configuration,  it’s probable that Cox could have assimilated his heavy groove playing to a hard rock context or even forged a unique hybrid between the two genres as did Jimmy Page and John Paul Jones in Led Zeppelin. 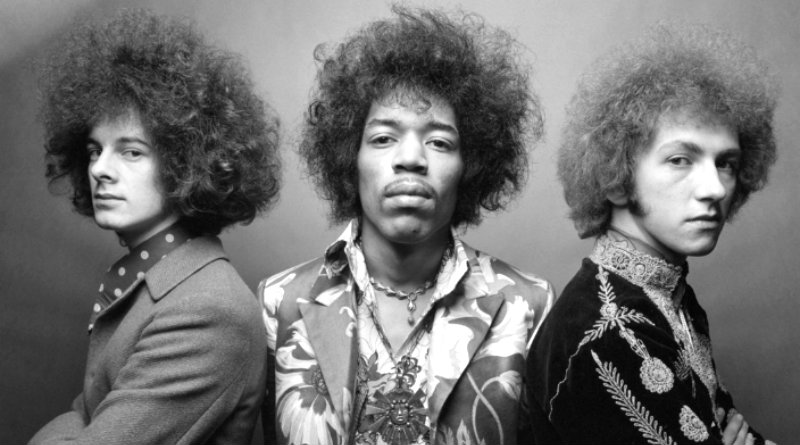