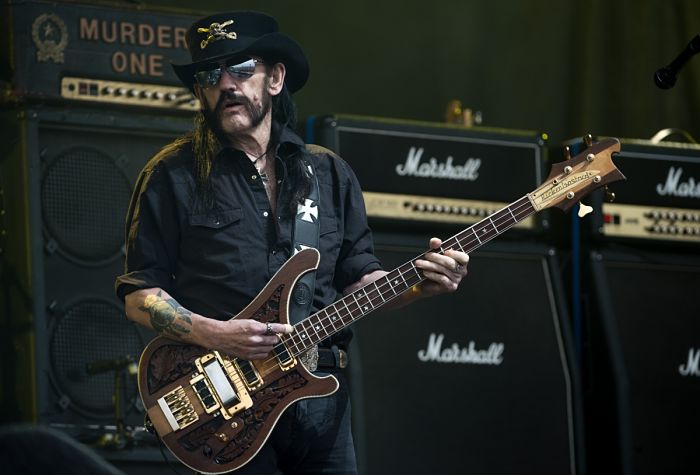 “We want to be the band that if we moved in next door to you, your lawn would die.” Lemmy

He is a bona fide rock and roll deity.  The Rock and Roll Hall of Fame is not worthy of him, nor his band Motorhead!

Though celebrated more for his persona (not even Hollywood could have scripted him), the late, truly great Ian Fraser Kilmister was a brilliant, one-of-kind, inventive bassist.

With his signature Rickenbacker 4001, 4003, and customized 4004 basses, Lemmy approached the instrument akin to a guitar player gone nutters. Rapidly strumming the bass strings with a heavy  plectrum which must have been made of stone to absorb such pressure, Lemmy created unique sustained chords – which were further enhanced by his reverence and deft command of ear-splitting massive levels of volume.

Note that Mr. Kilmister named his most beloved amplifiers “No Remorse,” “Killer,” and “Murder One” – among other rather accurate descriptives.

Lemmy’s chord voicing technique coupled with his gargantuan sonic resonance produced harmonic overtones that afforded Motorhead their singular musical identity: no other heavy metal band sounded like them. Kilmister was also a philosophical bloke who spoke truth to power, as evidenced in the must-see documentary which bears his nickname.

Inspired by The Beatles, whom he witnessed at The Cavern in Liverpool before their massive fame, Kilmister picked up a guitar to “impress chicks.” His early bands included The Rockin’ Vicars and Sam Gopal with whom he toured and waxed a few slabs which failed in the marketplace.

He eventually shared a flat with Jimi Hendrix Experience bassist Noel Redding, which led to a job as a roadie for the iconic guitarist. In 1971 Lemmy joined Hawkwind as a bassist despite the fact that he never played the instrument. After he was kicked out of Hawkwind for his “behavior” following five years of incessant recording and touring Kilmister formed Bastard which switched to a more user-friendly moniker Motorhead…and the rest as they say, is history.

“Death is God’s way of telling you to slow down!” When Lemmy passed in 2015, he may have taken rock and roll with him….

“Get Back in Line” https://youtu.be/O02Gnzn5JDY

“The Chase is Better Than the Catch” https://youtu.be/PktB0bxo2oQ 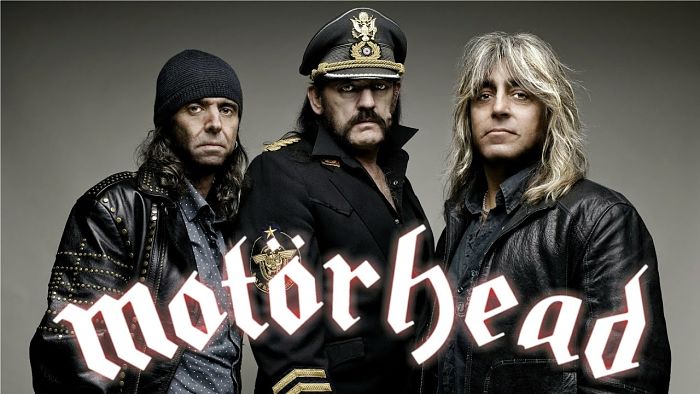