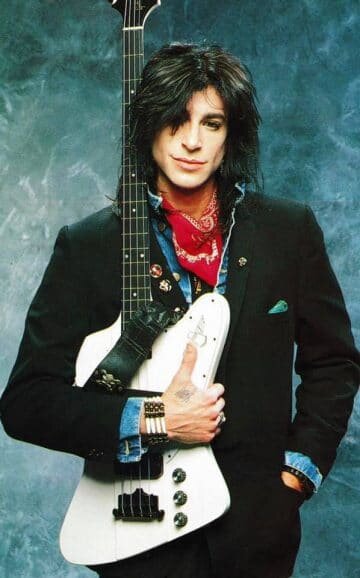 L.A. Guns waxed a gem of a slab entitled Vicious Circle which unfortunately vanished upon its 1994 release.  A raucous mélange of metal, punk, psychedelic pop, and classic rock – including a simmering remake / remodel of Alvin Lee’s “I’d Love to Change the World,” the final foray of the classic line-up was their finest. Bassist Kelly Nickels takes a rare lead vocal on “Nothing Better to Do” as he anchors the band with strong pocket passages which ably supported guitar hero Traci Gunns. Essentially doomed to extinction by grunge, LAG could have been contenders had they tempered their over-the-top glam trappings.

A transplanted New Yorker whose career commenced the underground hard rock scene in a city that was decidedly unfriendly to the genre Kelly’s style draws from trad hard rock and punk – which was a perfect fit for Guns.

“Nothing Better To Do” https://youtu.be/-lsnTx_JASg