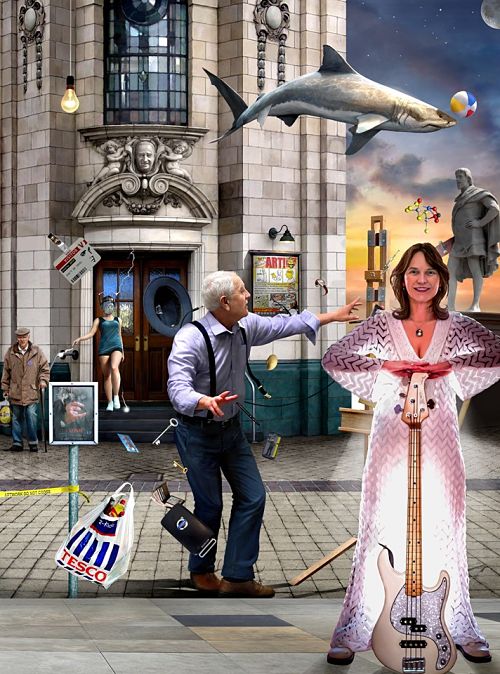 UK based professional gigging and recording musician, Lou is currently bassist and vocalist in her psychedelic outfit Loudhailer Electric Company. Making waves with three album releases Lou has had a continually active live schedule since she first made the charts as bassist in prophetic Indie band from the north of England, Red Guitars where she was known for her fretless Music Man Stingray.

Back in the early 80’s Red Guitars first single Good Technology was championed by the late, great John Peel. It made number 1 in the Indie chart and number 11 in his Festive Fifty. Two albums, a handful of Peel sessions and top ten Indie hits later the band had toured with The Smiths and appeared on numerous UK and European TV shows. They were fiercely independent and played hundreds of gigs but eventually signed to Virgin Records.

After that Lou made NME and Sounds’ records of the week with The Planet Wilson. Described by Sounds’ David Cavanagh as ‘pycho aphrodelic’: “Crazy-James-Chance-meets-Holger-Czukay…Lou’s bass playing is unbelievable – not just the tunes she invents, but the actual sound of her fingers hitting the strings, Mike Watt of Firehose is probably the only person who could match this.” (Taken For A Ride by The Planet Wilson). Although they were highly acclaimed in the music press and released two albums they didn’t break through into the mainstream, but Lou continued to play as a session musician and in bands since then.

Currently as well as playing in her own Loudhailer Electric Company Lou can still be seen playing her recognizable style of dub n slide bass on her vintage Stingray with medieval-with-attitude fusion collective festival band Celtarabia.

Lou explains: “The fretless Stingray is a brilliant bass.  I bought it from a little shop in Camden Town in 1982. I saw it and although I’d never played a fretless until then I thought wow that’s the bass for me. It was about £200… after I bought it the guy in the shop said ‘You just bought Boz Burrell’s bass’ – so I didn’t know until I’d paid for it.  I was a fan of Bad Company so I was happy with that! I’ve played it ever since. I read somewhere that Boz didn’t get on with it which is why he sold it. But I love it. It’s got an early serial number and plays and sounds amazing. Basses have come and gone, but that’s been my work horse throughout.  I needed a fretted bass to go with it so later on I had a WAL made by UK luthier Ian Waller and then bought a new Music Man Cutlass with a carbon graphite neck. I played that until about 3 years ago when I replaced it with a Music Man Caprice. Up until then I’d always played a black bass, but I went for a change, it’s ivory white with a pearl pickguard. It’s just been featured in a surreal painting by artist G E Saunt for our latest Loudhailer Electric Company project Dreamscape.  We’re playing a live partially improvised soundtrack to accompany a film of G E Saunt’s digital paintings.” 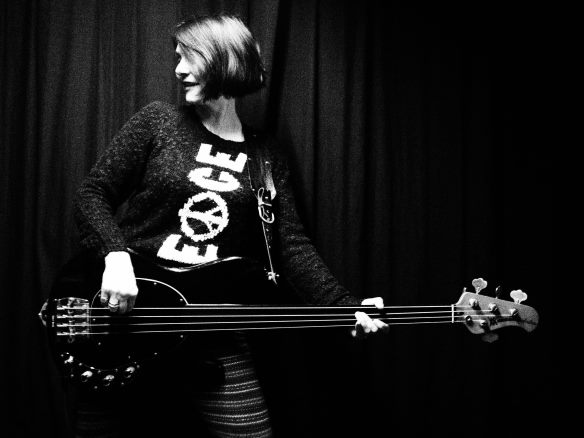 There’s plenty of Red Guitars videos on Youtube but this has just turned up, a HD version of the Stingray on BBC TV Old Grey Whistle Test from January 1984. https://www.youtube.com/watch?v=yo2KLdHQQfI