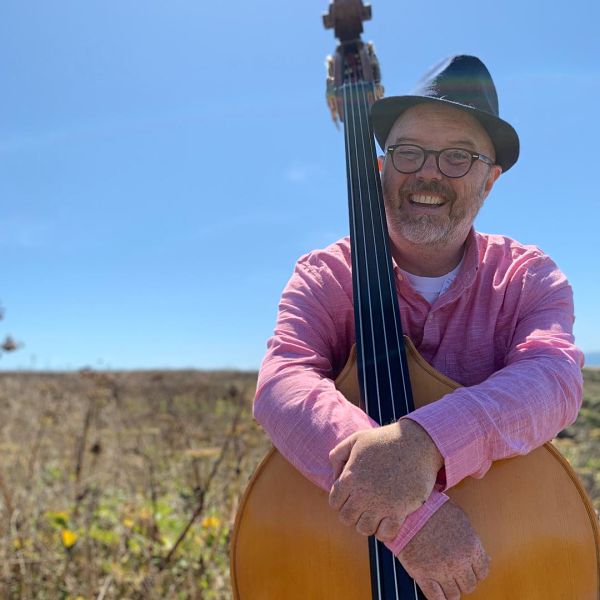 Chip Boaz is the happiest bass player on the planet.

Like many musicians, he grew up listening to the rock & roll of his era, with dreams of hitting the big stage and playing for throngs of fans. And, like many musicians, this did not happen for Chip. In the world of music, only a very small percentage of performers achieve stardom. Some musicians will abandon their dreams and move on to do other things. But there are some musicians who will continue on and play small gigs, weddings, parties, and other gatherings where music is needed but the host can’t quite pay the massive sums of money for the big name acts (unless you’re best friends with Billie Eilish good luck getting her to play your party… can we get a shout out for cover bands?!). There are still some musicians who just realize the joy of music and continue to play for their own enjoyment.

Chip Boaz did not give up when the realities of achieving stardom became clear. And one could easily argue that this is the most important musician of all. The world needs musicians who can educate not only themselves, but others. Because music needs to thrive and she needs her guardians of the realm, as it were.

After high school Chip went on to study music at San Jose State University in California. It was during this time that he began to get exposed to Latin music. An acutely attentive ear allowed Chip to draw a parallel between the intensity of rock & roll and the intensity of the Latin and Afro-Cuban rhythms (..this was not a connection I had made until my conversation with Chip, and now it makes perfect sense; thanks, Chip!). Thus began his love with all things Latin, including the bass lines. Since this time Chip has immersed himself in the history and continuation of Latin music. He eventually even had the opportunity to play with many of his favorite musicians he was discovering at the time.

San Francisco in the 1990’s had a bustling jazz scene. It was during this time that Chip really began to hone his skills as a sideman. At his peak he was working actively in almost twenty-five different bands on the scene. And, as life has its way, Chip started to move away from active gigging to look for a more consistent and stable means of shaping his musical career.

Continuing his education, Chip attended Wesleyan University to earn his Masters degree in Ethnomusicology. Starting a family led to a career in music education and now Chip teaches music at Sir Francis Drake High School where he also leads the jazz big band. And through a busy teaching schedule, Chip still finds time to actively gig, though not quite as much as he used to.

While I didn’t ask who his favorite bassist is, it is clear that Chip has great admiration for Israel ‘Cachao’ Lopez and John Patitucci. Following in their footsteps, after years of being a solid sideman for countless bands and ensembles, Chip wanted to explore being a bandleader as a bassist.

Though Chip has several recordings, he now fronts his own trio and has released a new EP, New Chapter (available on all major streaming services). Chip also maintains a powerful social media presence that is brilliantly crafted and curated to identify him as a solo voice, bandleader, educator, and composer.

Chip is a musician the world needs, now more than ever. As a tireless educator, he influences literally hundreds of students with important music and, perhaps even more importantly, with an infectious happiness that leaves you smiling after watching and hearing him play.