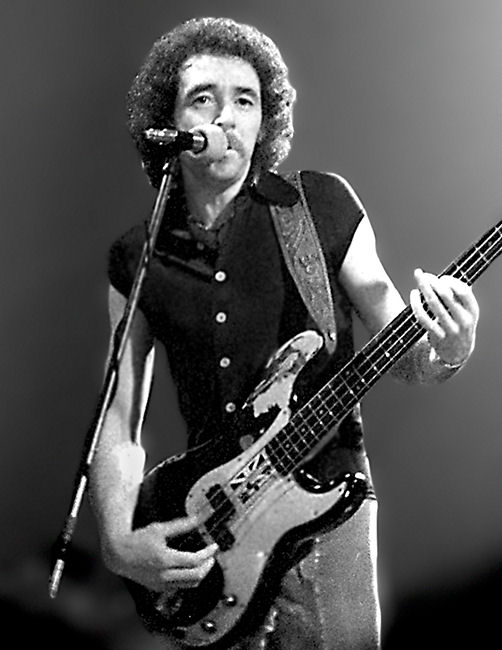 Among the most underrated singer-bassists from the classic rock era, the late, great Scotsman James Dewar anchored Robin Trower’s groundbreaking ensembles throughout the 1970s, including the ex-Procol Harum guitarist’s masterpiece Bridge of Sighs in 1974.

With a battered Fender Precision and gritty vocals ala Ray Charles, Paul Rodgers, Frankie Miller and Otis Redding, Dewar and Trower soared in tandem – melding blues, progressive, and hard rock which inspired a generation of rockers.

Before Dewar’s work with Robin, James served as the bassist for Stone the Crows for two seminal slabs: their self-titled debut, and Ode to John Law both in 1970. Dewar also released a fine solo slab Stumbledown Romancer which was recorded in the 70s but not released until 1998.  Dewar passed in 2002 from a rare disease.

“A Little Bit of Sympathy” https://youtu.be/DjdRzl2PMGU