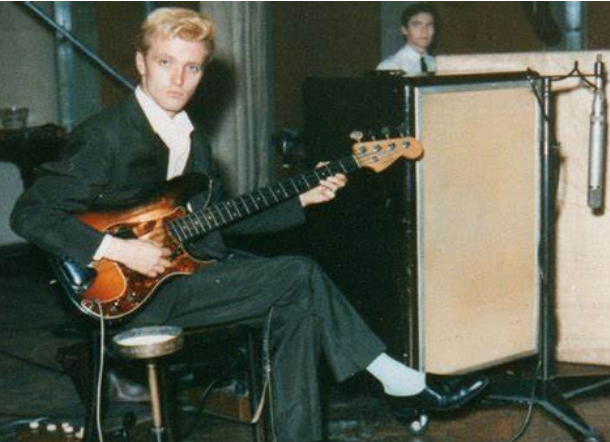 An irrefutable icon of the instrument, the late, great Terence “Jet” Harris MBE was the founding bassist for British rock pioneers and influencers The Shadows. That collective also served as Cliff Richard’s backing ensemble for scores of hits with the legendary pop singer and under their own name.

A melodic pocket player and one of the first recognized Fender bass players in the UK, Jet waxed several successful solo sides after splitting from the band in 1962.

Harris and his rhythm section partner, drummer Tony Meehan, also helped two young guns get their start in the music biz, hiring them for sessions and live work: James Patrick Page and the former John Baldwin.

The nickname “Jet” was bestowed upon the fleet of foot Harris when he was a track star at Dudden Hill secondary modern school. Starting off as a clarinetist, Harris built his own upright and commenced to playing local jazz gigs in London. Whilst under the mentorship of Tony Crombie and The Rockets, the bandleader purchased a Framus bass for Harris -which garnered attention aplenty as the instrument generated more volume and definition as compared to the doghouse.

As to how Harris became the face of the Fender bass in Ol’ Blighty is somewhat in question. Some sources claim that in ’59 Harris’ Framus instrument was damaged, hence he switched to the Fender Precision. Others report that Cliff Richard purchased a sunburst Fender bass for Harris in 1960 to compliment The Shawdows’ guitarist Hank Marvin’s Stratocaster.

Regardless, the sight and sounds of handsome Harris and his Precision bass became the role model of many aspiring players throughout the United Kingdom.

As a solo artist and collaborator with drummer Meehan, Harris waxed such hits as “Besame Mucho” “Diamonds,” and “The Man with the Golden Arm” sometimes utilizing a Fender six-string bass. Page was the rhythm guitarist on “Diamonds” – and both Page and John Paul Jones (Baldwin) were recruited to play in the duo’s touring ensemble.

Beset by alcoholism, Jet’s career crashed in the 1960s – though he was considered for the Jeff Beck Group in 1967. By the 1980s he recovered and was working in various repertory ensembles – plying the hits that made him famous. In 1998 Fender cited Harris with a lifetime achievement award. 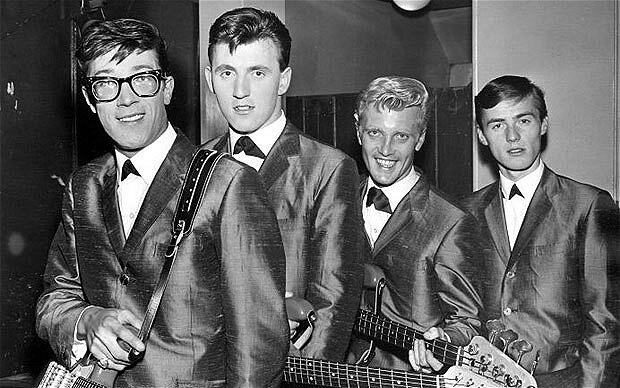 The Shadows’ “The Savage” from The Young Ones https://youtu.be/KgCRhqbPxrI

“Got a Funny Feeling” https://youtu.be/2lzai0-ccis

“The Man with The Golden Arm” https://youtu.be/vBu3zSbvd4I

“The Man from Nowhere” https://youtu.be/gzw6eSm7b98