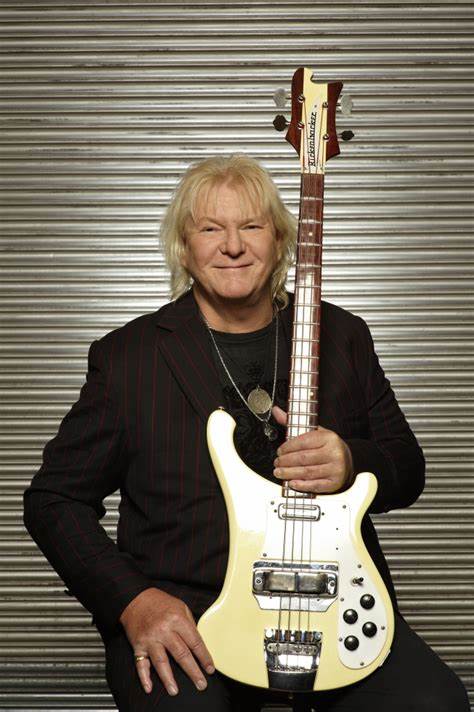 Christopher Russell Edward Squire was among the most dynamic, inventive, groundbreaking, and influential bassists of his generation – and in the overall history of modern rock as the bandleader and anchor of progressive rock icons Yes.

Akin to Jaco, Sir Paul, and James Jamerson – scores of bassists cite him as the main reason why they picked up the instrument.

Along with Macca, whom he was significantly influenced by, Squire brought his Rickenbacker 4001 to the forefront and in the process, greatly expanded the tonal language of the instrument by cranking the treble to levels hitherto unheard.

Most rock music followers are familiar with Chris Squire and Yes’ classic 1970s era, along with their pop inclinations during the 1980s. However there was never a time throughout their nearly half-century history together when Squire and Yes stood still or were at a loss for fresh ideas, sounds, and direction –despite the frequent disapproval of critics and nostalgic listeners.

A composer, singer, educator, innovator, recording artist, collaborator, band-member – volumes have been written about Squire – and his work is readily documented on YouTube, among other platforms.

Tony Senatore: Here’s my Chris Squire story.. he was playing in Buffalo with Yes, and walked into a local bar.. In the bar was a local bass player named Nick Veltri.. an area legend that used a old P bass with the tone control removed, waddafoam in the bridge, an Ampeg B15 and flatwound strings that were on his bass for 20 years. The two bassists had a conversation, and Squire said to Veltri “I want my bass to sound like a grand piano!”Veltri paused, and responded…”I want my bass to sound like…a bass!”

Just about every track Chris waxed is worthy of exploration…

“Love Will Find a Way” https://youtu.be/Hrowi4hHz8A