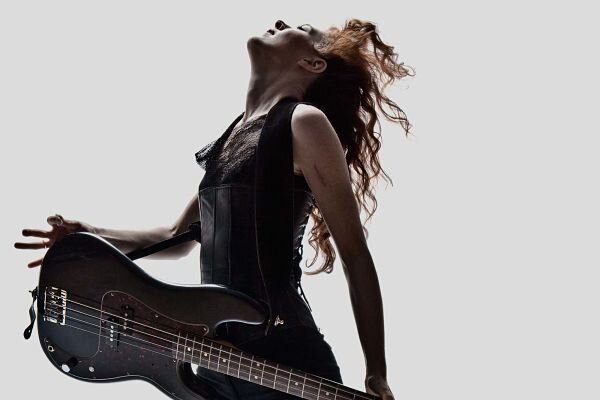 In a 2004 Amplifier Magazine interview, bassist, photographer, and actress Melissa Auf der Maur revealed to this writer “I’m a pretty in the moment person …I never got to do the in-between stuff, like feel music. I was in a small band in Montreal for less than a year and the next thing I knew I was with a bunch of strangers in Hole playing to 65,000 screaming fans at the Reading Festival…”

Unlike many low-slinging instrument, hit making alternative rock bass players of the 90s, Melissa Auf der Maur (Hole, Smashing Pumpkins) plied her craft with a firm command of melody, rhythm and a penchant for improvisation.

Melissa’s unabashed reverence for metal, experimental and pop were realized on her fine self-titled solo bow (2004) and equally fervent Out of Our Minds (2010). 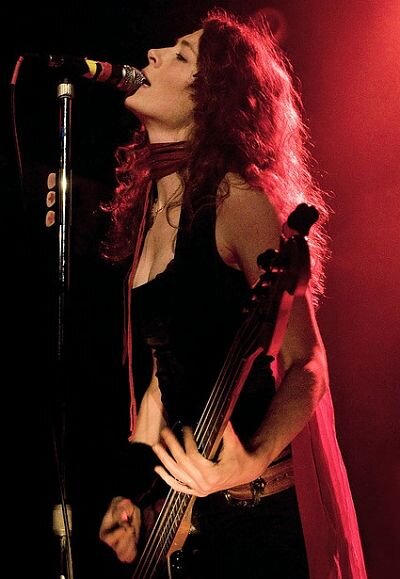