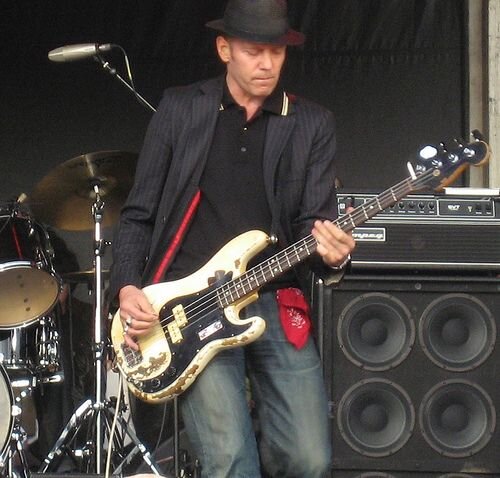 He anchored “the only band that matters.” *

The snapshot of his impromptu thrashing of his beloved Fender Precision at the Palladium in New York City on 20 September 1979  is arguably the greatest rock and roll image ever captured on film. Photographed by Pennie Smith, the bassist adorns the cover of what many of my generation consider to be the greatest rock and roll album of its era – and perhaps of all time …

Paul Gustave Simonon has gone on record as saying he regrets busting up his instrument in the heat of the moment. Yet Paul and that hunk of wood, metal, and wires have waxed slabs and songs which have stood the almighty test of time.

Miles Davis taught us that 90% of playing an instrument is “attitude.” And in the attitude department, Simonon is second to none: Paul’s detached persona of the brooding rock bassist making only the coolest of stage moves has inspired countless players from punk to alternative to metal and permutations thereof.

Credited with naming the group he joined at the behest of  Mick Jones as “The Clash” –  Paul’s background in the arts as a scholarship student at Byram Shaw School of Art was a major factor in the band’s formidable fashion forward visual appearance – exuding an attitude which fortified the Joe Strummer’s political libretto and Jones’ songcraft.

The Clash looked as dangerous as they sounded! Paul also played a major role in the design of their record sleeves and stage designs / props – or lack thereof! 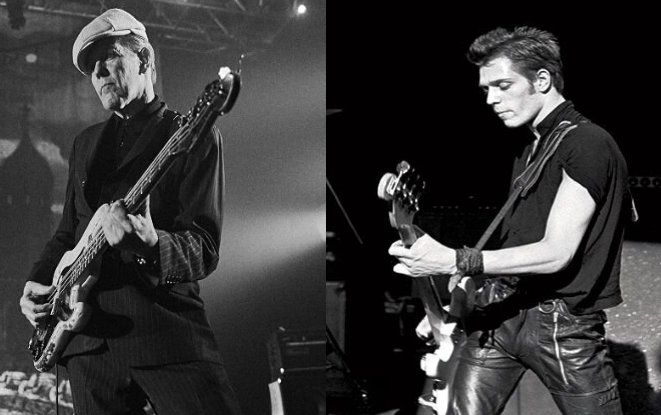 As for his musical abilities, Simonon was a minimalist who was taught to play bass by Jones, and he followed guitarist’s instructions to the note.  On Clash tracks which required more rhythmic and technical prowess, bassist Norman Watt-Roy of Ian Dury’s Blockheads was called in to get the job done.

As I was witness, Simonon impressively replicated Norman’s passages on stage – and improved as a player as the band’s career progressed. Paul was among the players who made great strides to incorporate the language of ska and reggae into the rock bass lexicon as Clash grooves were ubiquitous on rock radio during their time together.

Simonon was not a sonwriter per se, and given the competition between Strummer and Jones, it is indeed ironic that he composed one of the band’s most powerful anthems “The Guns of Brixton.”

Following the demise of the Clash, Simonon formed the rockabilly punk ensemble Havana 3am, which waxed one commendable platter with Paul then spilt up following the death of a bandmember. Paul also cut a track with Bob Dylan – who was reportedly a huge Clash fan and attended many shows – which appeared on the bard’s Down In The Groove collection release in 1987.

Simonon retired from rock in the late 1980s, and pursued his artistic career until 2010 when he resurfaced on stage and on record with Damon Albarn’s “group” Gorillaz (with Mick Jones) and Albarn’s ensemble The Good The Bad and The Queen which continues to tour and record.

Though he has occasionally been photographed with a Rickenbacker 4001 in The Clash’s early years, Paul’s primary weapon of choice and the one he will always be identified with is the Fender Precision.

* “The only band that matters” designation was created by CBS Records’ advertising department.

Paul with Havana 3am “Reach the Rock” https://youtu.be/vdEt9EuDQhE

Paul with The Good The Bad and The Queen “Herculean” https://youtu.be/iSj0dkqBiWc

Tony Senatore’s rendition of Paul’s passage for “Should I Stay or Should I Go” https://youtu.be/jQsEY5iXXxI