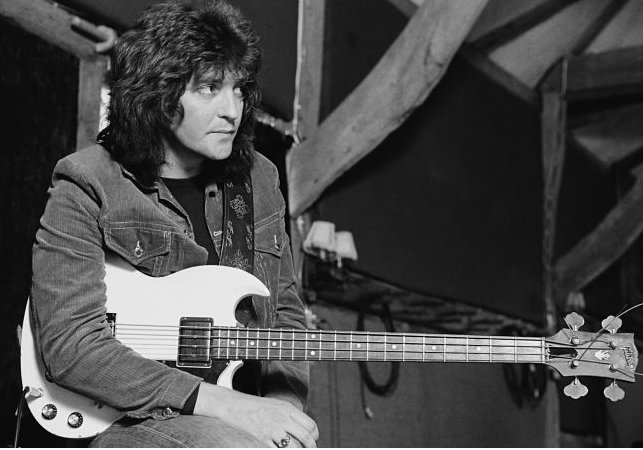 A supportive player, Daisely’s stylistic disposition is decidedly of a blues origin. Inspired by 60’s Motown, at the ripe old age of twenty Bob migrated from his home in Sydney, Australia in 1970 to seek fame and fortune as a rock bassist in London.

Replacing John Glascock (Jethro Tull) in Chicken Shack, Daisley quickly built a name for himself on the bandstand and in the studio. Anchoring such British blue-collar rockers Mungo Jerry, the Stan Webb Band, and Widowmaker (with Luther Grosvenor), among others – Bob was eventually tabbed by Ritchie Blackmore for the bass chair in Rainbow which led to an even higher profile for the dexterous bassist, composer, and producer.

In 1979 Daisley accepted Ozzy Osbourne’s offer to join Blizzard of Ozz with guitar prodigy Randy Rhodes. Intended to be a band rather than an Ozzy led solo project, Daisley played a major role in the writing and recording several Ozzy slabs and tours which put metal on the mainstream map including Osborne’s mega-hit No More Tears (1991).

However shady machinations in the Ozzy camp often rendered Bob un-credited and un-compensated. Last time I checked the lawsuits / disputes were still flying. Even Bob’s bass parts were wiped off Ozzy tracks at the behest of Mrs. Osborne.  Such is the business of rock and roll.

In 2014 Bob published his highly controversial autobiography For Fact’s Sake – which reveals more than a few hard truths behind the hard rock legends!

Gear heads be sure to review Bob’s numerous weapons of choice https://bobdaisley.com/gallery/bobs-guitars

For all things Daisley, check in with www.BobDaisley.com

With Widowmaker: “Such a Shame” https://youtu.be/Tw4Ew7MQwh4

With Rainbow: “Sensitive to Light” https://youtu.be/MzRN9CgVxWc

“I Don’t Want to Change the World” https://youtu.be/zN7xOdjNIMc

With Steve Vai, Paul Rodgers, Tony Williams from In From the Storm Jimi Hendrix Tribute: “Bold As Love” https://youtu.be/gmIpQeF0xhQ

With Living Loud: “Over The Mountain” https://youtu.be/rdIYBWNm8G0