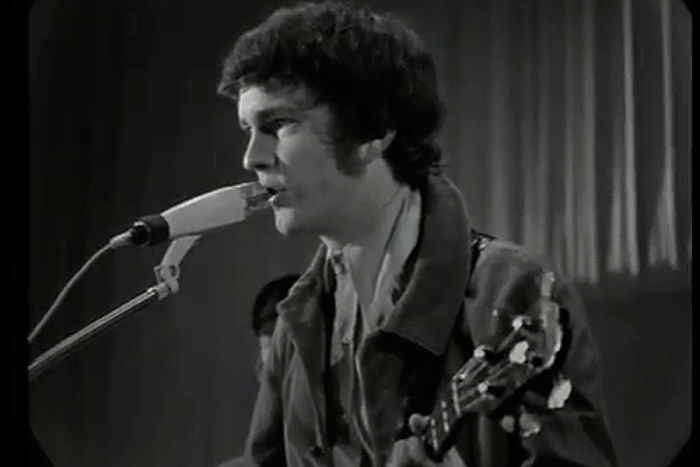 Orange and red beams, in and out, peek through my window…

Best known for his tenure in the psychedelic blues version of Eric Burdon’s “New” Animals following Chas Chandler’s departure, the late Danny McCulloch waxed a handful of fine sides and singles with the band including Winds of Change (1967), “Monterey,” “Sky Pilot,” and the lost gem of a slab Every One of Us (1968).

A singer, writer, and solo recording artist, Danny’s playing drew attention from Jimi Hendrix and Billboard among others.  McCulloch also plied his craft with Jerry Lee Lewis, Tony Craven & The Casuals, Screaming Lord Sutch & the Savages, and Muddy Waters, to cite a few.

Danny reunited with The Animals in 1992 for a one-off performance in Moscow’s Red Square to benefit the United Nations Association Trust and the Children of Chernobyl fund.

In 1993 Danny was considered to replace Bill Wyman in the Rolling Stones.  McCulloch was still creating new music and performing when he passed suddenly in 2015.

With The New Animals

“Colour of the Sunset” https://youtu.be/O5x1OULIbMg

“Mirror of the Sky” https://youtu.be/DpjlOYgC6pc