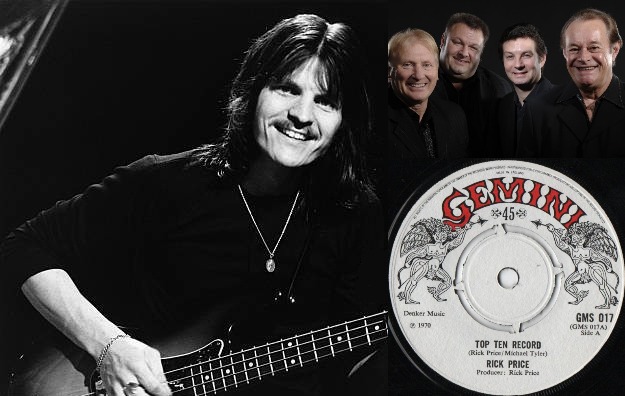 Rick Price joined The Move in 1969 just in time promote their classic slab Shazam (1970) which featured one bass track cut by Tony Visconti.

An accomplished singer and composer, it’s not certain if Price actually waxed any tracks on Shazam, and his tracks on the Move’s final platter Message from the Country (1971) were allegedly wiped out and re-rendered by Roy Wood. Hence Looking On (1970) was his sole recorded work with the band wherein Price traverses prog, pop, experimental, and what was soon to be considered “heavy metal.”

After splitting from the band, which morphed into the Electric Light Orchestra,  Price joined his ex-Move mate Wood in the experimental glam pop collective Wizzard, wherein he cut two discs amid the war-paint, freakish costumes, and pageantry.

Rick waxed a solo side, and also collaborated with Mike Sheridan on various recordings magnificently traversing pop and art-rock as captured on the archival This is To Certify (1970).

“Are You Ready to Rock” https://youtu.be/5aaUfYYcYFA