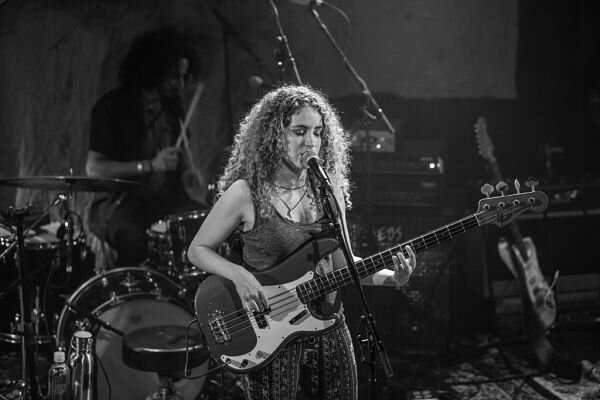 Just two years after she first picked up the instrument in her native Australia, Tal Wilkenfeld commenced studies at Los Angeles Academy of Music. She split college for New York City wherein she sat in on local jam sessions and quickly built her reputation as a top player. An invitation by Allman Brothers Oteil Burbridge and Derek Trucks to join the band on stage at their annual Beacon Theater residency led to widespread exposure and an impressive audition tape which she sent to Jeff Beck. Within months of that performance, Tal waxed her debut slab Transformation (2006) and was on the bandstand with Chick Corea. She later joined Beck’s band for several tours, one of which is  captured on the incendiary Live At Ronnie Scott’s Jazz Club.

Tal’s sophomore slab, Love Remains (2019) was a surprise to her “bass only” fans as she emerged as a formidable singer-songwriter, drawing influences as diverse 70s Laurel Canyon and 90s alt-rock!