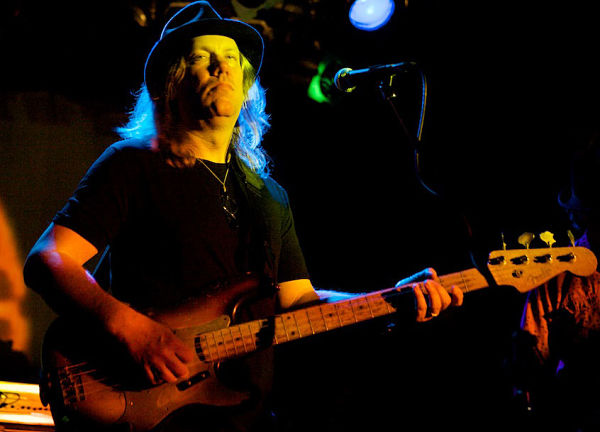 Among the most enduring and idiosyncratic ensembles from the post-punk era, The Violent Femmes forge on into their fourth decade, waxing sides and purveying a unique meld of folk, avant-garde pop, and old school punk to the dedicated masses and new audiences.

Akin to The Ox, bassist Brian Ritchie works his craft with a massive tone, rendering passages which simultaneously anchor the songs and serve as melodic hooks.  A hard-hitting plectrum player, Ritche employs the bass guitar in both electric and acoustic formats. He’s also an accomplished shakuhachi (an Asian end blown flute) player who has taught and developed new versions of the instrument.

In addition to his work with the Femmes, Ritchie is a prolific collaborator and solo recording artist. He’s cut a half- dozen or so platters, and his partnerships include Italian punk rockers Zen Circus, The Surf (featuring members of Midnight Oil) among others, and also organizes music festivals in Australia, where he now resides.

Dig Brian and the Violent Femmes  “Blister In the Sun” live https://youtu.be/Ra8VTlXVqUQ