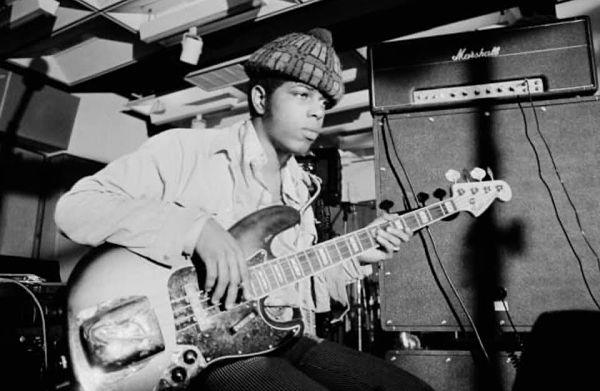 Cited among the most influential bassists who played a major role in forging “funk” as a bona fide genre – Rock and Roll Hall of Famer Billy Bass Nelson anchored the original Funkadelic line-up on its trio of groundbreaking slabs Funkadelic (1970), Free Your Mind…and Your Ass Will Follow (1970) and Maggot Brain (1971).

Nelson was the bridge between his virtuoso bandmates – most notably guitarist Eddie Hazel and keyboardist Bernie Worrell – often doubling their motifs and providing a firm foundation for their harmonic forays.  As the funk faithful will tell you – it’s the notes you don’t play!

Following his departure from Funkadelic over financial disputes (are there any other kind?) Nelson collaborated with many of his admirers including The Commodores, Lionel Richie, Jermaine Jackson, Fishbone, and The Temptations – and occasionally worked with Funkadelic alumnae on such projects as O.G. Funk, The New Funkadelic and has rejoined Parliament-Funkadelic in many of its permutations.