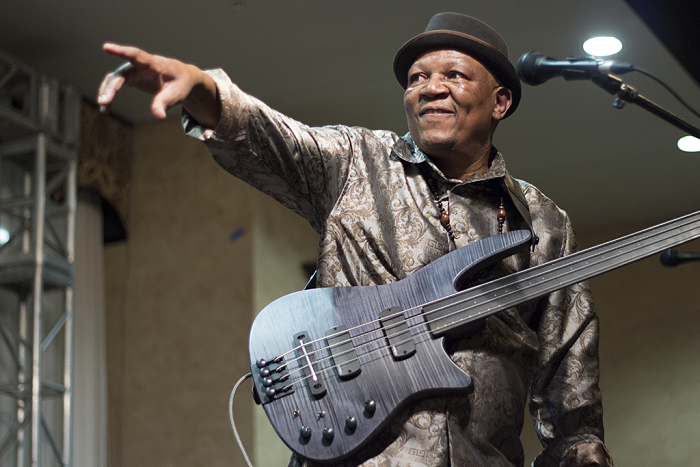 If you were a working bass player in 1986 – which I was, then you were especially blown away by Paul Simon’s Graceland – which was a showcase for the fretless mastery of Bakithi Kumalo. Great songs make for great bass lines, and the compositions and melodies for which Mr. Simon is mostly credited for are an astonishing meld of American pop and South African music.

The bass solo many of us attempted to transcribe from the hit single/video https://youtu.be/uq-gYOrU8bA “You Can Call Me Al” [Note the Leo Quan bridge on Paul’s Fender P bass in the clip with Chevy) is actually a studio splice: the opening motif was recorded as is, and the closing phrase is actually the opening motif in reverse.

Born into a musical family in Soweto, Johannesburg, Bakithi nailed his first gig at the age of 7, subbing for his bass playing uncle. A top session player since the 1970s, Kumalo incorporates elements of African and old-school rhythm and blues in his passages. Bakithi’s bass heroes include Jaco, James Jamerson, and Alphonso Johnson.

“Diamonds on the Soles of Her Shoes” live https://youtu.be/Fmf9ZJ_Yn0A

“Boy in the Bubble” https://youtu.be/Hk7MCvCHNQA 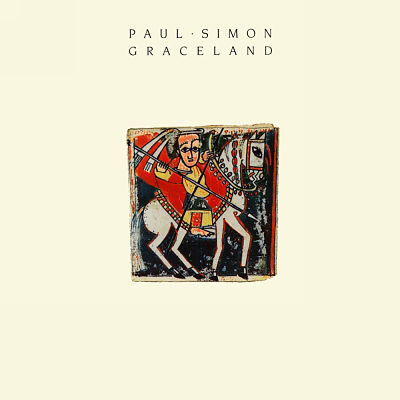