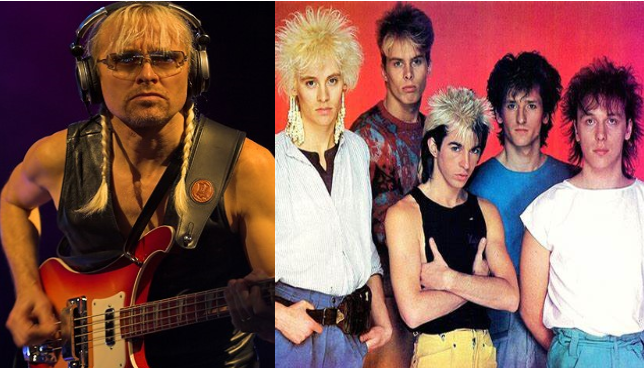 Seminal Sides: Nick is yet another cat wherein if you discover his name in the credits, buy (stream) the slab! However for our purposes , do check out… Kajagoogoo White Feathers (1983), Genesis Revisited with Steve Hackett (2012), Do Nothing Till You Hear From Me, The Mute Gods (2016);

It is paraphrased (by this writer) that “if you remember the 1980s – then you weren’t really there.” However, I was there, and I vividly recall the first time I heard this inescapable pop ditty “Too Shy” underpinned by a killer slap bass passage as rendered by Nicholas Beggs.

This Winslow, Buckinghamshire native first came to prominence as the anchor of the early ‘80s chart-topping, teen heart-throb Brit collective which worked under the moniker of Kajagoogoo – a name inspired by the sounds an infant (and a few heads of state…) utter in an attempt to communicate.

As is the fickle fate of many in the music biz, Kajagoogoo commercially flamed out following their fine dance-pop debut White Feathers (1983) upon the exit of their (gorgeous) lead singer Limhal (Christopher Hamill), and despite waxing two rather commendable platters under the truncated Kaja calling- card. They called it day in ’85 though they’ve since reunited on occasion.

Yet the demise of the ‘Googoo, as we affectionately refer to them, did not derail Beggs. In fact, it was just the beginning of an adventurous career as a prolific composer, collaborator, producer, clinician, vocalist, sideman, educator, journalist (Bass Guitar Magazine, Loudersound, Music Radar ) solo recording artist, and record label executive (A&R Phonogram), among other endeavors.

Among Beggs’ projects which beg recognition include prog ensembles Iona, Fish On Friday, and The Mute Gods.

Beggs enjoys a high profile in the bass community – there are numerous videos and features wherein he demos products, lectures on the craft, discusses his approach to the instrument(s) and his life philosophies which are worthy of your exploration!  Beggs is a strong proponent of music education – advising bassists to read, study theory, technique, and above all “listen” and play in as many situations as possible!

We had him selected for a KYBP on Film interview in 2019 however scheduling prevented our meeting, but when we return, we’ll talk with Nick.

In the meantime, dig these Beggs bass guitar and stick tracks:

Fish On Friday “Letting Go of You” https://youtu.be/0nKiOCLcnMU

The Mute Gods “One Day” with Alex Lifeson https://youtu.be/9oO4PQDemQE 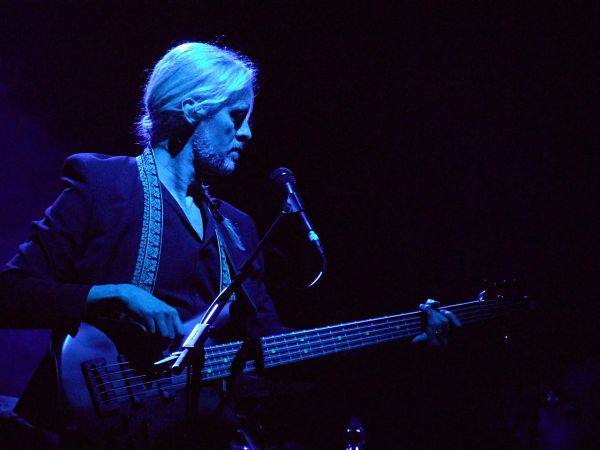