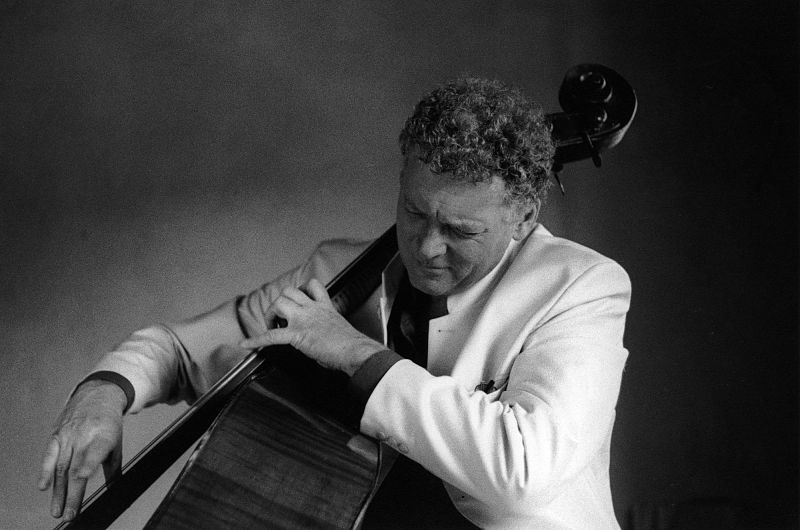 He is an icon of the instrument, and nearly competed in the Olympics as a free style swimmer!

A protégé who studied at the Prague Conservatory and Berklee College of Music, Miroslav Vitous arrived in New York City in 1967 and immediately found himself on the bandstand and recording studio with Chick Corea, Miles Davis, Freddie Hubbard, and Herbie Mann, among others.

Akin to many young jazz players in the late 60s, Vitous was open to electrified rock and rhythm & blues influences, which landed him a gig with Weather Report in 1971. As the anchor of Joe Zawinul and Wayne Shorter’s watershed ensemble, Vitous waxed slabs which are considered among the most influential jazz fusion history: Weather Report (1971), I Sing The Body Electric (1972) , Sweetnighter (1973) which also featured Andrew White on bass, and Mysterious Traveler (1974) which also featured Alphonso Johnson on electric.

Among the more adventurous releases under his own name includes Universal Syncopations (2006) wherein Vitous bases his compositions on “symphonic samples” which he accrued over a seven-year period.

Vitous also leads a Weather Report repertory ensemble which continues the sonic, harmonic, and rhythmic explorations of the famed collective.