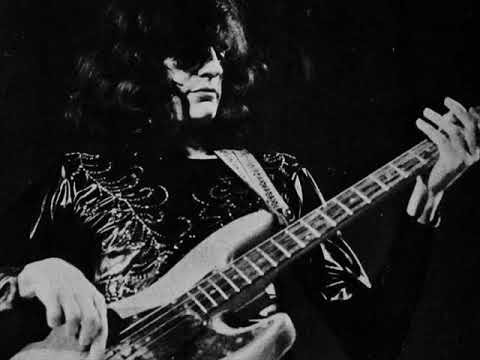 Artists / Bands: Uriah Heep, The Keef Hartley Band, The Strangers, Me & The Others

Gary’s playing style on his Fender (Jazz) bass and choice of flat-wound strings made for a distinct sound. He never used a plectrum (pick), preferring to use his thumb, the result being a very pure bass sound without the harsh “attack” sound and harmonics that would normally result from using a pick. Studying Gary’s face and body motions during a performance would reveal a very intense focus on his part for the particular song being performed. Todd Fisher (Uriah Heep crew member – as told to Uriah-Heep Com)

‘Twas a time when hard rock bassists brought their formidable understanding of jazz, classical, and blues to the genre – as evidenced in the bass artistry of the late, great Gary Thain with Uriah Heep.

A master pocket and melodic player Thain paid his dues with the influential Keef Hartley Blues Band in the late 1960s, appearing on such seminal sides as Halfbreed (1969) and Overdog (1971), and lifted Heep into their golden era when he joined the lads in the early 1970s.

After toiling in bands in his native New Zealand, most notably The Strangers which waxed three singles, Gary anchored an ensemble which worked under the moniker Me and The Others. That band toured extensively throughout Europe, wherein he caught the attention of Keef Hartley. Gary cut five albums with Hartley and appeared at Woodstock ‘69, among other high profile festivals.

Sadly Gary battled substances and personal problems during his time with Heep, including an on stage electrocution, which he never recovered from. He passed at the age of 27 in 1975. 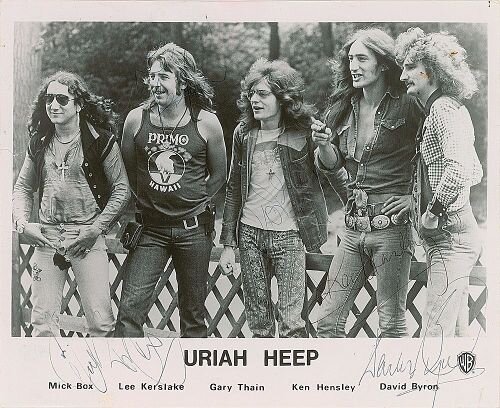 “You Say Your Together Now” with Gary on lead vocals: https://youtu.be/9-xGSul9rpk