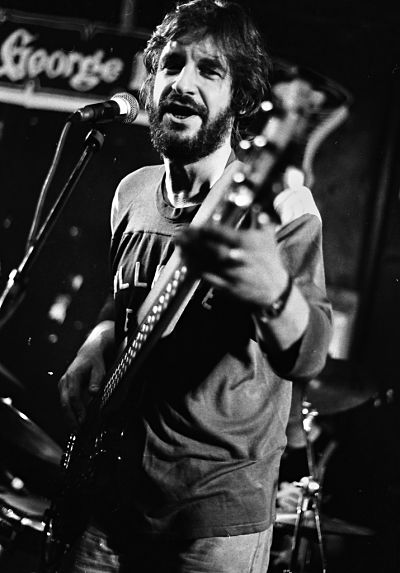 Alan Spenner’s Seminal Sides: Every record Alan played on is worthy of exploration by bassists! However his most noted slabs include: Jesus Christ Superstar (1970), Joe Cocker! (1969), Leon Russell (1970), Paul Kossoff Back Street Crawler (1973), Alvin Lee In Flight (1974), and Roxy Music Avalon (1982). Trust me, if you see Spenner in the credits, check it out!

If it were only for his incomparable bass passages on Jesus Christ Superstar (1970), Alan Spenner is legend. However there is much more to his career than his work on that historic Andrew Lloyd Webber rock opera – which is essential listening for all bassists regardless of the genre in which they toil in.

Given his high-profile exposure on Jesus Christ Superstar and as anchor of Joe Cocker’s Greast band – which took Woodstock ’69 by storm, and made several television appearance is the United States (most notably This Is Tom Jones) and England, Spenner graduated to a distinguished career as an in-demand studio player. Yet he did plenty of stage work as well, especially with Roxy Music, and Kokomo. Sadly, Alan passed at a young age (43) from a sudden heart-attack.

Among Alan’s primary weapons of choice are Fender Precision – fretted and fretless. In his later years Alan switched to Wal basses.

“Heaven On Their Minds” https://youtu.be/ttnashv77K4

Alan with Joe Cocker at Woodstock: “Something’s Going On” https://youtu.be/kGbK5y94LOE