Joe Gagliardo (One of the Boyzz, Chuck Berry) 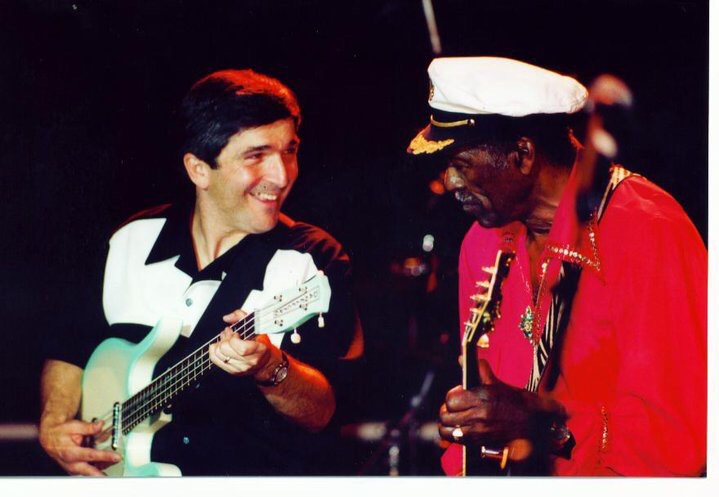 From his home in The Windy City, KYBP Chicago Bureau Chief recalls his performance with the “Father of Rock and Roll” – Charles Edward Anderson Berry! With Little Richard as the opening act, Chuck possibly mistakes Joe for Joey Spampinato who anchored Chuck and Keith Richards in the 1987 documentary Hail! Hail! Rock and Roll! upon Berry’s inspection of Gagliardo’s Danelectro – which was a nearly the same instrument used by the NRBQ bassist in the film.