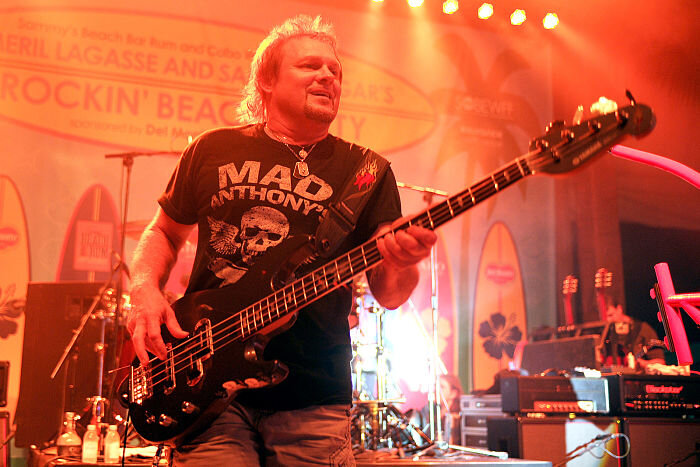 Michael Anthony Sobolewski was Van Halen’s secret weapon – so much so that when he was “excused” from the band, samples of his backing vocals were piped in for their live shows and his replacement had to replicate his passages or else….

In fact, Anthony’s remarkable harmony vocals afforded his band a unique identity – much like The Beach Boys and other vocal groups of the classic pop era of the 1960s.

Akin to Eric Clapton, Jimi Hendrix, and Jimmy Page; Eddie Van Halen’s emergence was a rock and roll game changer. Guitarists of my generation will tell you exactly where they were when they first heard EVH.

An extraordinary performer, “Diamond” David Weave Roth, oft derided for his vocal chops or lack thereof, brought the “attitude” and humor that also set VH apart from the metal motley.  And Alex was among the most average hard rock drummers of his era who also had a knack for playing to the song.

Simultaneously supporting a guitar god and larger-than-life lead singer(s) is/was a daunting task. Michael outlined the changes as Eddie furthered the sonic scope of his instrument and DLR/SH entertained the masses. Dig deep into the VH catalog and focus on Anthony – his gritty tone, the subtle movement in his motifs ala Sir Paul, and the occasional note flourishes and riffage prove that he was the right man in the right place at the right time supplying the right grooves. 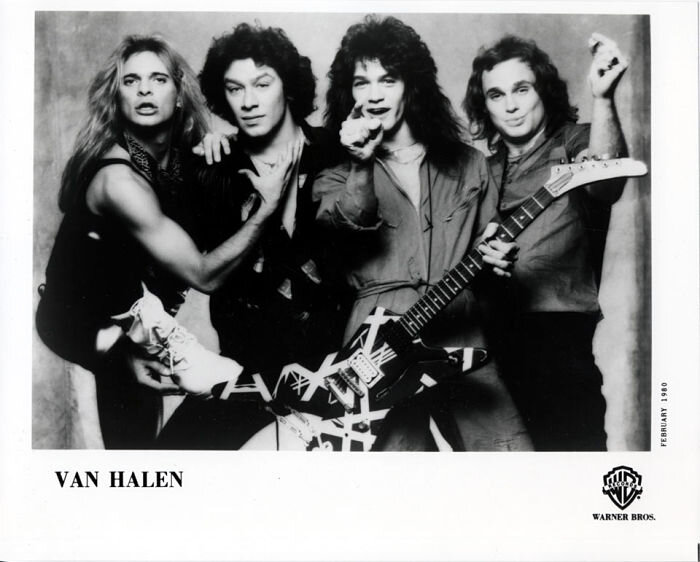 In keeping with the over-the-top modus operandi of his bandmates and the 80s, Anthony’s mid-concert bass solo was more of an exercise in cacophony than musical. However it was entertaining, and gave his mates a chance to leave the stage and engage in “extraneous” activities.

A barbecue sauce entrepreneur (“it’s so hot you’ll need two assholes”) and lefty who plays right-handed, among Anthony’s idols include the aforementioned Zep bassist, along with studio ace Harvey Brooks, and Jack Bruce: all of whom, it must be noted, were exemplary song players.

A collector of basses, among Anthony’s arsenal include his signature Schecter series, Yamaha, MusicMan Stingray, and his infamous Yamaha Jack Daniels custom bass which now resides in the Rock and Roll Hall of Fame.

Sadly, the demise and “rebirth” of Van Halen is the stuff of soap operas. In his post-VH projects with Sammy: Chickenfoot, The Circle – Anthony improves with age, he still hits the high notes, and he remains a master of the hard rock pocket.

“Light Up the Sky” https://youtu.be/fZM7XKMxcss