I have owned countless electric basses in the 48 years that I’ve been playing, which is weird, since I’m only 25 ????.

When I left New York City in 1978, I sold all but one bass: a 1966 Fender Precision Bass that I bought from Manny’s Music, which is where I was working.

The bass was white that had become yellowed over the twelve years it was around, and it had a rosewood board and a beautiful tortoiseshell pick guard. Being the knucklehead I was, I stripped the paint off of it (lighter fluid, matches, and a scraper, and I caught my drapes on fire. Knucklehead). I was a huge Peter Cetera fan so I wanted my bass to look like his, which was natural with a maple neck. One of the guys I worked with at Manny’s happened to be selling an early-70’s maple Fender P-Bass neck so I bought it and installed it on my bass. Voila! It looked great and sounded even better than it did before. That was the bass I moved to L.A. with.

It was my only bass until I bought a back-up at the end of 1978. At that time, I was the bass player in a magnificent original band called “Hit N Run.” We were right there at the flash point of the whole “New Wave” scene in L.A., playing all the iconic clubs in town. We were mainstays at Madame Wong’s, The Starwood, The Whiskey (BEFORE they made you pay to play!), The Troubadour, The Roxy, and many more. We were always doing gigs with bands like the Bus Boys, The Motels, 20/20, The Pop, and a lot of other L.A. greats.

After my Fender started having issues at one of our gigs, I knew I needed a back-up bass so I went to a music store in Santa Monica and fell in love with a bass made by a company called S.D. Curlee. I had never heard of them but out of all the basses I tried, it was the winner. The bass looked like a cross between my old Gibson EB-3 and my Fender, and it had a medium-scale neck, which was very comfortable and easy to play. I bought the bass and it immediately became my go-to, leaving the Fender as the back-up.

I did a lot of gigs and recording sessions with that bass and it rocked! Right around this time a friend of mine had gotten into a car accident and her bass, a Music Man Sabre, was destroyed. She was playing with a couple of very cool bands and needed an instrument, so I sold her my Fender, which I had painted red, sanded back to natural, swapped out the original pickup for a DiMarzio, added a Jazz Bass pickup to, and then removed that pickup and filled the hole with wood putty. Being an old Fender, it still sounded great and was unbeatable.

I sold her the bass for next to nothing because she was my drummer’s girlfriend and she was a wonderful person and a fantastic bass player. Her name was Mickey Steele. She wound up becoming the bassist for the Bangles, where she used the name “Michael Steele,” and I was blown away to see her using that Fender, with its wood putty scar and everything, in the band’s first MTV video!

She even used it for the Bangles reunion concert years later! So there I was, with my S.D. Curlee and my new back-up bass, a modified Gibson G-3 (which we don’t need to talk about). Long story short, I sold the S.D. Curlee to my friend, Franklin Odel and he used it in his studio and that was that.

The Fender got famous with the Bangles and the Curlee had a new home. Life happened, years passed, etc., etc. Fast forward to today, February 3rd, 2019. I see a post from the daughter of the lead singer of Hit N Run, whose name is Linda Stevens. Her daughter, Molly Tentarelli, who is a phenomenally talented singer-songwriter, is sitting and playing an S.D. Curlee bass which looks exactly like the one I had. After several back-and-forth posts, I find out that it is, in fact, my old S.D. Curlee Bass.

Linda got it from Franklin and now Molly has it. Me = Mind Blown!!! After four decades, it does my heart and soul good to know that this beautiful bass that was an important part of my life and that I made so much great music with, is alive and well and in the family, so to speak.

Thank you, Franklin Odel, Linda Stevens, and Molly Tentarelli for making my day. My face hurts from smiling so much. And everyone needs to check out Molly Tentarelli on Facebook and make sure you buy her music, which is fantastic! 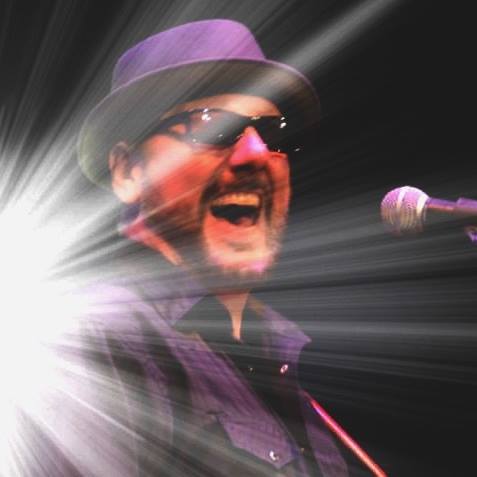