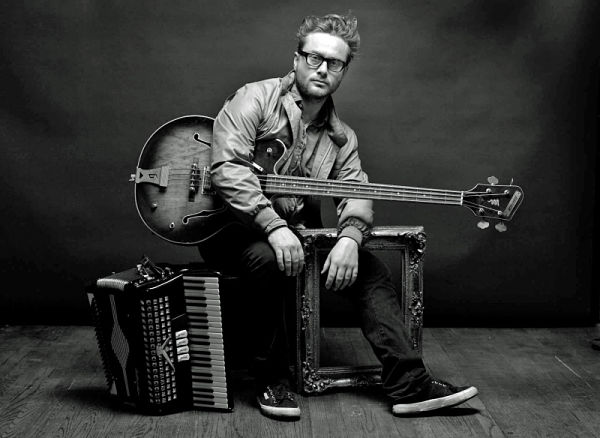 As the anchor and songwriter for Spacehog – singer, composer, recording artist, multi-instrumentalist Royston Langdon followed the artistic / aesthetic trail blazed by his legendary UK ancestors Sir Paul, Herbie Flowers, Trevor Bolder, and John Deacon. That is, Langdon is quick to sprinkle (as in “Ray Sprinkles” – his nome de Spacehog) just the right amount of contrapuntal and rhythmic wizardry into his bass passages.

The four Spacehog slabs, predominately composed by Langdon, are studies in songcraft and ensemble playing. Why this quartet did not reach a wider audience is a question for the rock gods who decide such matters.

However if you dig Roxy, Bowie, and Bolan and wondered what they would have sounded like had they been born in the 21st Century, be sure to search these cats out!

Spacehog “In the Meantime” https://youtu.be/PCsGRCf8T9Y

An exemplary compositional player, Mr. Langdon’s latest endeavor – under the moniker LEEDS (the West Yorkshire region city where he was born) is entitled Everything’s Dandy (2018)– and emerges as a cinematic song-cycle which details his astute observations on the g-g-gentrification of his beloved adopted hometown of a quarter-century and counting – New York City.

Dig Royston’s “What Became of the People” https://youtu.be/HEBlmakidGI