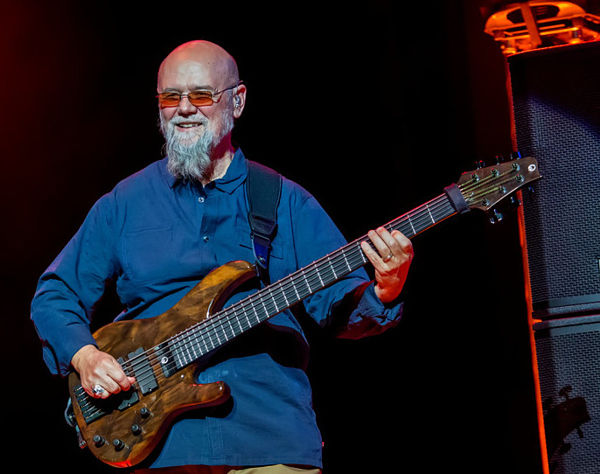 He is giant of the instrument though known mostly to musos despite the fact that his band, The Dixie Dregs, which he formed with guitarist Steve Morse in 1973 at my alma mater University of Miami, were among the most groundbreaking and “commercially accessible” fusion ensembles of their generation.

A master of fretless, extended range, trad four, plectrum, slap, and finger-style – Andy and the Dregs were truly an “American music” collective, boundlessly incorporating country, hard rock, jazz, blues, and folk in their remarkable canon of recorded and live work.

Andy’s weapons of choice included Alembic, Steinberger XL, and Geoff Gould basses. Nowadays, between Dregs reunions, Andy West enjoys an equally stellar career as a software programmer / consultant. During his time with The Dregs, and later as a sideman, collaborator, and solo recording artist – Andy expanded the language of the bass guitar as an improviser, ensemble player, and sonic visionary.

Though they flirted with mainstream acceptance towards “The Dregs” end of their initial run, they curiously never achieved the recognition bestowed the Mahavishnu Orchestra, Return to Forever, Herbie’s Headhunters, and Weather Report. Go figure!

Dig the Dregs at Montreux “The Bash”  https://youtu.be/rHLkdQ-mrFw