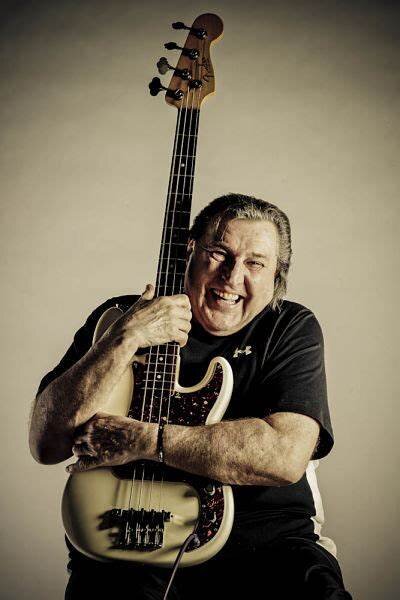 A legend…an icon of the instrument!

If you grew up in the era of classic AM / FM radio, you grooved to Bob Babbitt, but you were likely unaware of the name…or his legacy!

Babbitt (born Robert Andrew Kranier) got his start in show biz as a professional wrestler! In the 1960s, Babbitt and James Jamerson alternated sessions with the top Motown artists until the imprint migrated to Los Angeles in the early 70s.

Rather than make the move out west, Bob settled in New York city and quickly became a first call session cat thanks to his Detroit pedigree. Babbitt also worked sessions in Philadelphia wherein he was instrumental (pun intended) in the city’s signature sound.

A member of the Music City Walk of Fame, Bob is featured prominently in the film Standing In the Shadows of Motown (2002). You can also catch a rare glimpse of Bob in action in Tim Curry’s campy music video “I Do the Rock” (see below).

Bob’s weapon of choice was the Fender Precision and Phil Jones amplification.

Jim Croce “I Got a Name” https://youtu.be/EG6ZlCpfVvU

The Temptations “Ball of Confusion” https://youtu.be/iYAEhgLgddk

Tim Curry “I Do the Rock” https://youtu.be/kXPCsaO_55o

Dig this performance of “Scorpio” at NAMM Nashville 2004 https://youtu.be/Lq-ATlSd-A8

Recorded live in 2004 at Summer NAMM in Nashville and now available from www.earwavemusic.com as a bonus cut on the DVD “The Day The Bass Players Took Over The World.”  “Scorpio” was originally recorded by Dennis Coffey and the Detroit Guitar Band, featuring legendary Detroit (and NYC, Philly, and Nashville) session bassist Bob Babbitt, was an instrumental hit in the early 70s,  “Scorpio” has perhaps the longest bass solo on a pop hit ever, nearly half its 4 minute length. This live version features Bob as special guest, sitting in with Dave Pomeroy and the All-Bass Orchestra. Dave Pomeroy and Roy Vogt are playing piccolo and piccolino basses made by R.M. Mottola, a Massachusetts luthier, as part of a “family” of four basses, one with normal tuning, one up an octave (piccolo) and a pair up two octaves (piccolino). The All Bass Orchestra includes (L-R) Rick Taylor, Roy Vogt, Charlie Chadwick (upright) Dave Pomeroy, Dave Roe (upright) Bob Babbitt, Paul Arntz, Jackie Street. copyright 2012 by earwave music.