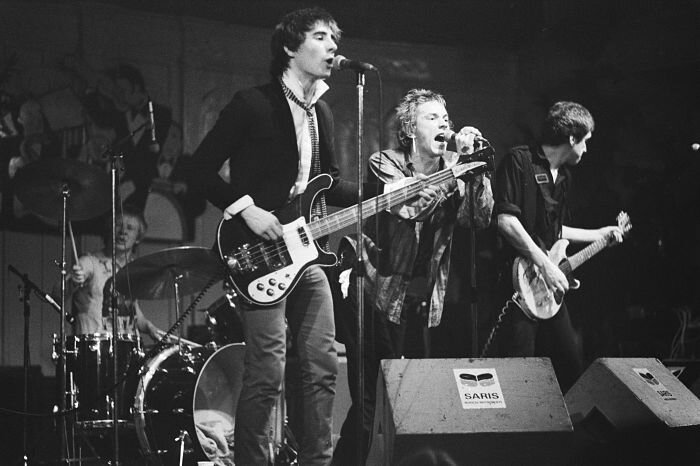 Glen Matlock anchored one of the most important and influential bands of the punk era. He was the only Sex Pistol that could actually play bass! In true punk fashion, they (kind of) sacked him despite the fact that he composed most of the songs on their sole legitimate slab.

Starting off as a guitarist, Glen’s tenue working for Malcom McLaren’s Sex shoppe led to his life’s work as a musician. Be sure to read Glen’s autobio I Was a Teenage Sex Pistol for the truth about the Pistols.

Matlock, akin to his idols, is a groove oriented song player, and a rather prolific one at that, leading bands under his own name and with such ensembles as The Rich Kids, Iggy Pop, The Damned, and various all-star configurations.

Glen on the Pistols’ “Anarchy in the UK” – the only track he played on for Never Mind… https://youtu.be/K07Yq4zGTcI