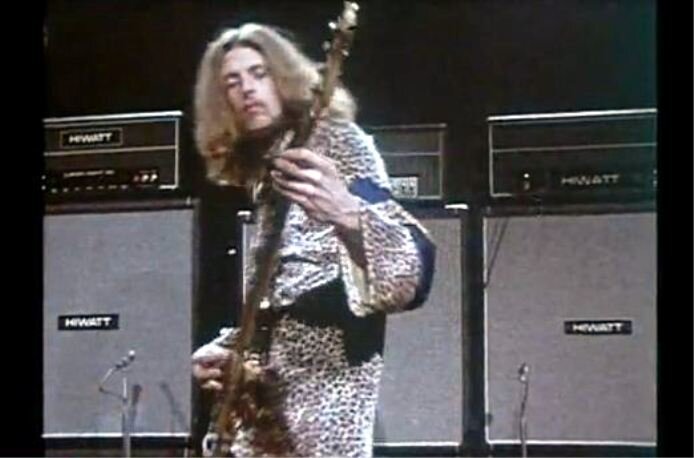 Thanks to indie and alternative rockers of the 1990s, Love was afforded their due devotion long after their career as a band ceased. Yet Arthur Lee’s follow-up incarnation of the legendary ensemble, anchored by Frank Fayed, also merits rapt attention.

Traversing soul, folk, acid rock, and country; the second coming of Love and Lee stretched the boundaries of their previous slabs, as evidenced on Four Sail (1969) and the two-fer Out Here (1969), and False Start (1970) which featured a cameo guitar solo by James Marshall Hendrix.

Fayed was a soulful player who supported Lee with countermelodies and pocket grooves – all rendered at an ear-splitting volume!

“The Everlasting First” with Jimi https://youtu.be/K6qPocCekJE