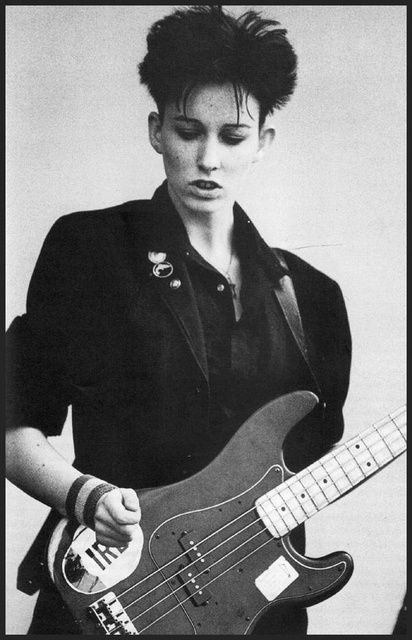 Though she downplayed her work to this writer/ interviewer in Know Your Bass Player On Film, opining that her role was more of mayhem maker than a bass line maker, Caitlin O’Riordan made rock history as the anchor and a founding member of the Irish-London Celtic punk band The Pogues.

A singer, bassist, composer, and actress – Cait’s root-fifth style is rooted in the forthright tradition that her former ensemble forged upon a new generation of rockers.

Cait also cameoed on songs, slabs, soundtracks, and gigs with Elvis Costello, Pride of the Cross, Sid and Nancy (1986), Straight to Hell (1987) and The Radiators, among others.