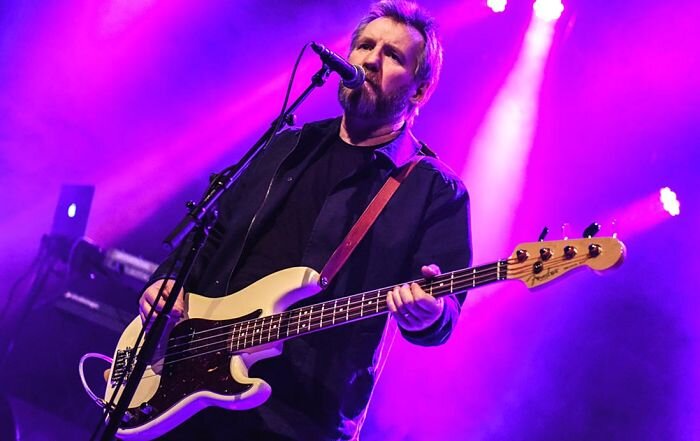 Adept at fretted and fretless, Derek Forbes joined Scottish post-punk hit makers Simple Minds as they were about to wax their debut slab Life in a Day in at Abbey Road in early 1979.

A strong vocalist who toiled amid a barrage of sonic synths and guitars, Forbes anchored the band with a sharp tone, and funky rhythms which he mostly piled with a plectrum.

After getting the sack from Simple Minds, which Jim Kerr reportedly had misgivings of, Derek was a busy cat, working in a latter-day versions of Big Country and The Alarm, and smaller ensembles including Propaganda, Bolivian Dust, and Fourgoodmen which featured two of his ex-Minds mates, and leads Derek Forbes & The Dark.

He was voted Scotland’s Greatest Bassist in 2009, hosted his own Los Angeles based radio show aptly titled May The Forbes Be With You, and waxed a solo slab Echoes in 2016 comprised of Simple Minds tunes remade and remodeled!

Derek’s primary weapon of choice is the Fender Precision bass…