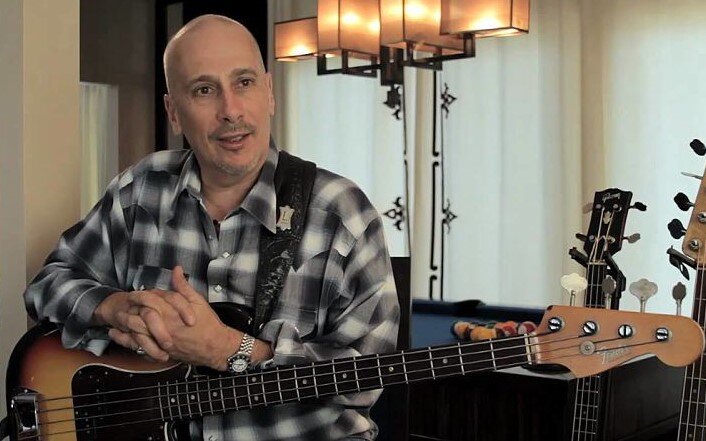 When he first heard the Wilson Pickett Band on stage in a small New England town when he was 12, James Hutchinson knew exactly what he wanted to do in life!

A versatile multi-instrumentalist who doubles on upright, and extended range, Hutch plies his craft with an extensive array of tones and techniques to serve the singer and their songs – which is why he is among the elite session players of his generation.

Hutch was hatched in Lynn, Massachusetts, and as a young lad, he soaked up the sounds of the 60s folk boom in Cambridge and Sommerville. He honed his craft working in jam bands throughout the Bay Area, and Latin ensembles San Francisco’s Mission District wherein local legends Micky Hart (Grateful Dead) and John Cipollina (Quicksilver Messenger Service) took him under their respective wings. Cipollina tabbed John for his Copperhead debut slab and ensemble in 1970.

Spending significant time in Central America recording and doing live dates, Hutch landed in Austin with the fusion collective The Point – where they garnered the Top Jazz Group honors at the inaugural Austin Music Awards in 1977. There he met the Neville Brothers, who brought him to New Orleans wherein Hutch also such local acts as The Lastie Brothers, Professor Longhair, James Booker, Jesse Hill, Huey Smith, and The Wild Tchoupitoulas, among others. Hutchinson met Bonnie when the Neville Brothers opened for the Stones on their ‘82 tour, and the rest as they say, is Hutch history….

Among Hutch’s extensive bass collection is his beloved Signature Kala Electric U Bass.

Jim Donavan: I was proud to work with him in 1999 on my 1st solo record. He’s the best, or at least in the top 5 ever, as far as i am concerned. and great stories come from him about other sessions, as he LIVES IN THE STUDIO. I sent Bonnie’s manager a tape right after she won the Grammies around 1990. Hutch told me later that the band loved like 5 different songs, and they fought for hours on which was best. they never could pick one, and she avoided them all, but the entire band respected me from that day on. I was going to record in NY, but was in LA, and offered a great deal at a studio owned by thew drummer of a harpist old buddy, Jimmy Wood. So i found out they have hutch’s number, they call him up, he says he doesnt know me, but shows up. once he sees me, he starts laughing, hugs me, says he is bad on names. We start trading stories -he had done the Bon Jovi gtrist 1st solo record, a real winner, and i shocked him by telling him that was what were chasing that day, that audience, that this was not a blues session, that i need him for hard rock. He grinned, admitted he doesnt get to do this often enough, and we rocked! See, he knew i was a bassist, with a ruined left shoulder/left elbow, and made sure I would love his work that day. When he asked about pay, i asked him if he didnt mind taking rolled up quarters. he looked at me like you gotta be kidding, which i was, lol. Then i pulled out my roll, and he laughed. See, a bassist will work hard for another bassist, but nobody wants to a wheelbarrow full of quarters. Hutch reads music, writes music and lives it!

David Fraser:  Hutch is simply the best! Soulful, Smooth, Dedicated, Smart and a great guy too! 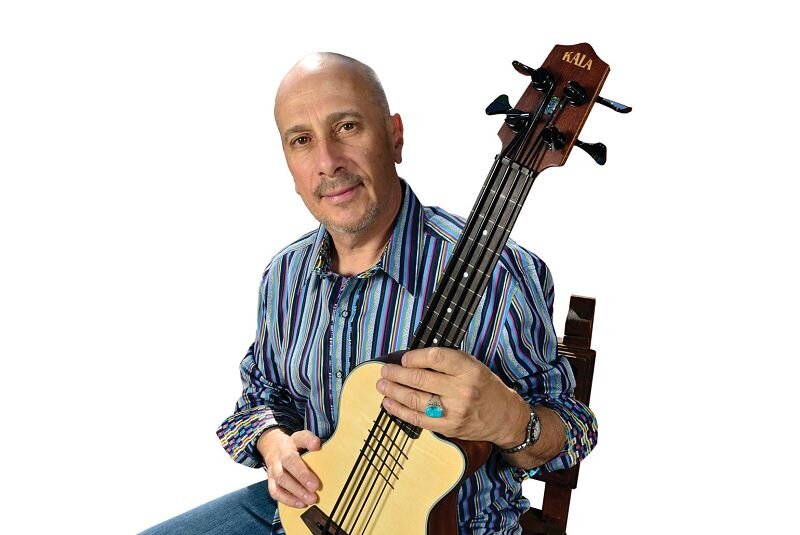 “Right Down the Line” https://youtu.be/-T_aMNbXVdA

“Two Lights in the Nightmare” https://youtu.be/DxivzvshehE

“Love Sneakin’ Up Behind You” https://youtu.be/74JyGKvfAp0

“Burning Down the House” https://youtu.be/eqJcCmxZYdM

Roy Orbison “You’re The One” https://youtu.be/2u6lNOgZgJY

Ringo “Weight of the World” https://youtu.be/k_S77XSXDe8