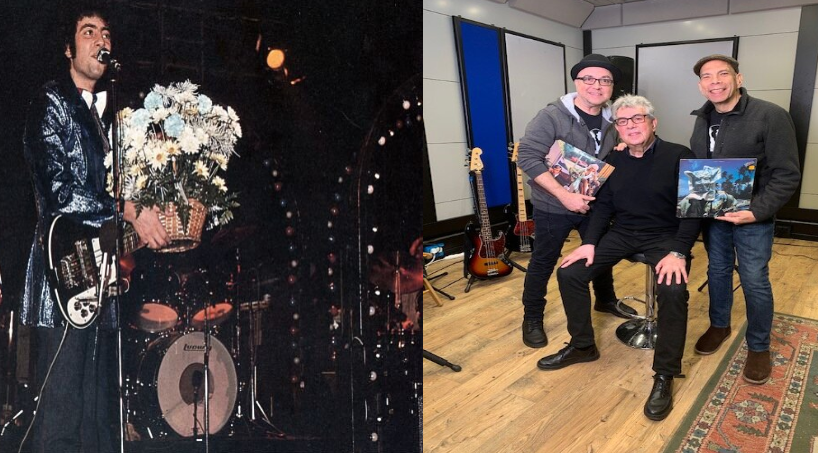 This Lancastrian (he was born in Lancashire, North West England) bassist, composer, singer, recording artist, multi-instrumentalist, producer has penned some of rock’s most enduring hits – most notably The Yardbirds “For Your Love,” (along with “Heart Full of Soul,” and “Evil Hearted You”), The Hollies “Bus Stop,” and Herman’s Hermits “Listen People,” among others for Wayne Fontana, and Normie Rowe.

Co-founder of the watershed pop / art-rock ensemble 10cc – which he continues with to this day as sole leader – Gouldman is the consummate song-player, rendering passages that anchor the composition and afford harmonic and rhythmic embellishments. Graham has also waxed a few solo slabs, and teamed with many notable artists including Ringo Starr and Andrew Gold.

Coda: As per Graham…”Mythology has it that the name 10cc came from the average male ejaculation being 9cc, and, of course, being big, butch, Mancunian guys, we’re gonna be, y’know, 1cc more than that. No, the name actually did come from Jonathan King. Um, he said he’d had a dream the night before he came up to Manchester to listen to Donna. And, he saw a hoarding over Wembley Stadium or Hammersmith Odeon or something like that and said, “10cc The Best Group in the World”. So we … well, that sounds great to us, we’ll call ourselves 10cc. And that’s how it came about. ”

Graham Gouldman in Season Tres of Know Your Bass Player on Film https://bit.ly/34Swwgv